Would simple signs in your bathroom increase hand washing? 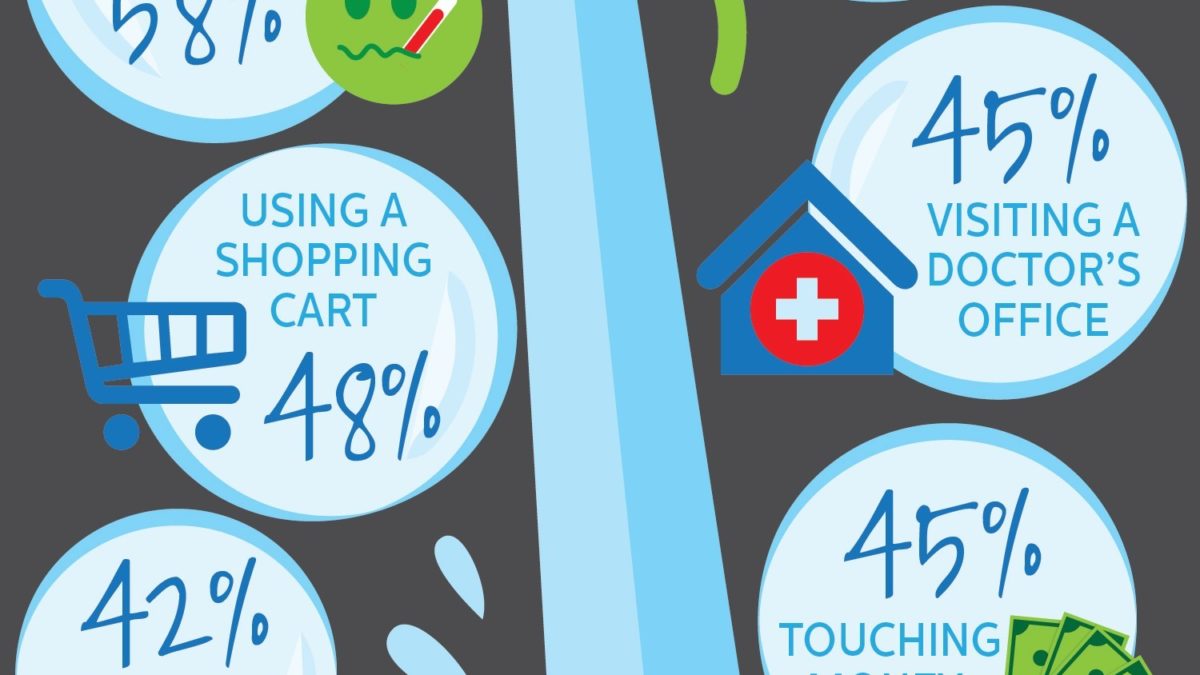 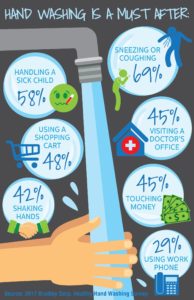 Sometimes peer pressure can produce positive results. A recent survey reveals that Americans are more likely to wash their hands after using a public restroom if others are around.

More than half say the presence of other people causes them to adjust their actions in one of two ways. They’ll either make sure they wash their hands or they’ll wash longer or more thoroughly. The insights come from the annual Healthy Hand Washing Survey conducted by Bradley Corporation.

The survey also found that a written reminder posted in a restroom can influence behavior. Almost 40% of Americans admit they’re more likely to wash their hands after seeing a sign that requires employees to wash before returning to work.

However, it’s men in particular who seem to heed the notice. When broken down by gender, 44% of men say signage motivates them to clean their hands while only 34% of women claim it affects them.

Another external factor that impacts hand washing habits is seasonal flu outbreaks. 70% of survey respondents report they suds up more frequently, more thoroughly or longer when they hear about a flu virus going around.

That means this year the suds should be flying since a majority of Americans are more concerned about contracting the flu as compared to last year. Interestingly, it’s young adults (age 18-34) who are the most worried. 69% say they’re extremely or quite concerned about getting the flu. When older adults (age 55+) were asked the same question, just 35% expressed concern. 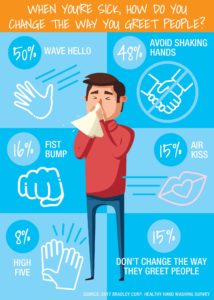 “Hand washing should be second nature for everyone throughout the year. During cold and flu season, it’s especially important to wash your hands thoroughly and vigorously with soap and water to help protect yourself from getting sick,” says Jon Dommisse, director of global marketing and strategic development at Bradley Corp.

Apparently, not everyone is getting the hand washing message. The survey divulges that 82% of Americans frequently or occasionally see others leave a public restroom without washing. And, 67% confess they’ve taken a short cut by skipping the soap and simply rinsing with water.

Thankfully, a majority of Americans do feel there are times when hand washing is a must. Those instances include after sneezing or coughing, handling a sick child and using a shopping cart or visiting a doctor’s office.

Respondents also implement preventative measures to avoid getting or passing germs on. Nearly 60% say they wash their hands more frequently to protect themselves and others. A majority also stay home when they’re sick and sneeze into the crook of their elbow to prevent germs from spreading.

In addition, those who are ill often change the way they greet people. Approximately half bypass shaking hands and instead rely on a wave or fist bump. Unfortunately, there is a group who doesn’t adapt. 15% throw caution to the wind and don’t alter their greeting method when they’re sick.

The annual Healthy Hand Washing survey queried 1,042 American adults online Dec. 12-15, 2016 about their hand washing habits in public restrooms and concerns about germs, colds and the flu. Participants were from around the country, were 18 years and older, and were fairly evenly split between men and women (49 and 51 percent).