Woolpert designs iconic replacement for Capers Hall at The Citadel 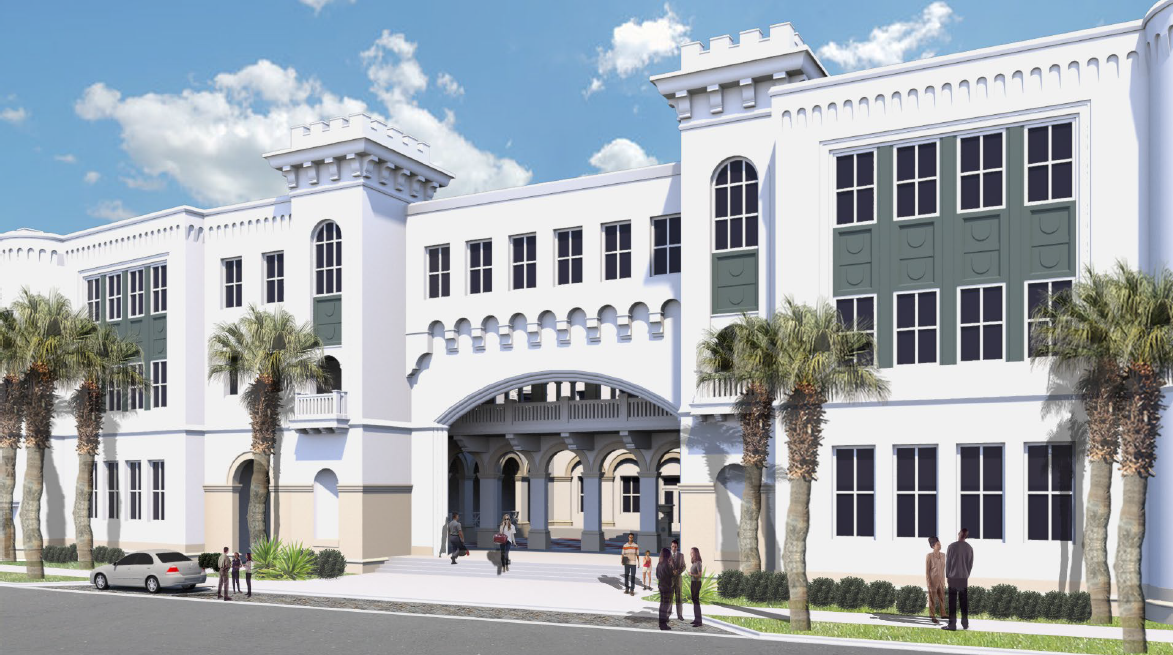 The Citadel contracted with Woolpert to be the architect of record for the Capers Hall Replacement Project at the Charleston, S.C., campus, providing architecture, landscape architecture, interior design and structural engineering. The overall project will cost an estimated $67 million and will raze and replace the existing Capers Hall building, located on the southeastern edge of the campus.

The new facility will retain the Moorish architectural style consistent throughout the historic campus and will include 21st-century educational upgrades to meet the needs of modern students. These include smart classrooms, state-of-the-art lecture studios, conferencing locations, and flexible and distinctive spaces, such as a cybersecurity lab and an art gallery.

The new three-story, 97,500-square-foot building will employ a code-compliant structural frame responsive to seismic events and hurricanes. It is designed to meet a LEED Silver certification, which incorporates many sustainable features, such as a roof-mounted photovoltaic system to offset energy usage. Woolpert also is providing security, communications design and site-lighting engineering.

Creech & Associates PLLC is the design architect; DWG Consulting Engineers will provide mechanical, electrical and plumbing (MEP) engineering and fire protection; and structural and civil engineering is being designed by ADC Engineering.

Woolpert Associate and Project Manager David Welling said the new facility will enhance the sense of arrival at the campus and elevate the aesthetics for the surrounding neighborhood. He added that the new facility will provide a cost-effective approach for a modern energy-compliant building envelope and building systems, and it will be compliant to Americans with Disabilities Act (ADA) Standards.

The design of the Capers Hall Replacement Project is based on the vernacular of the Citadel campus and incorporates a central courtyard. It will be similar to the style of the nearby barracks but with modern technology and amenities. Woolpert Vice President and Market Director Andrew Pack said universities are challenged with striking the perfect balance between maintaining tradition and facilitating the latest technology.

“The Citadel is known for its excellent reputation for education, and this facility builds on that strong history by extending its comprehensive collegiate environment,” Pack said. “It embraces the social interaction of the community by offering multiple amenities, including an auditorium and classrooms like the Center for Inclusive Excellence and Center for International and Special Programs.”

The new hall is in the construction phase and is scheduled to open in the summer of 2023.