Week 5: Flu activity increasing, but not as high as last year 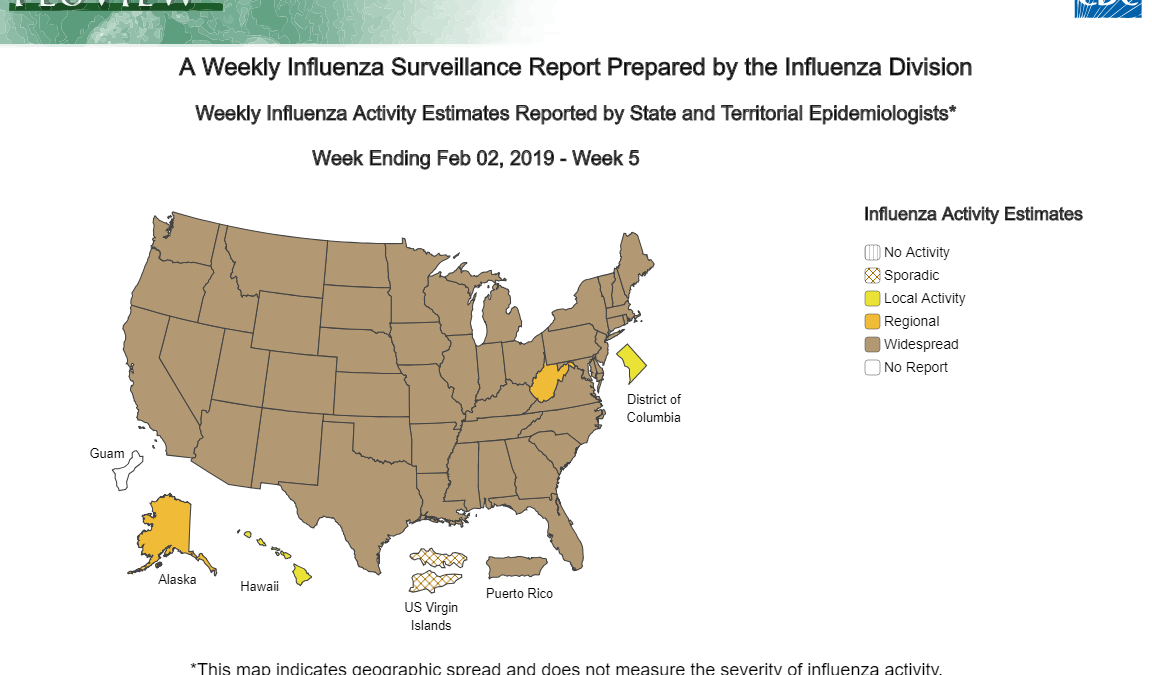 The Centers for Disease Control and Prevention release each week during flu season updates on the spread of the illness, deaths and other key indicators. Here is the CDC report for week 5 ending Feb. 2.

“According to this week’s FluView report, seasonal influenza activity remains elevated overall and increased again over last week’s report. Influenza-like-illness (ILI) is 4.3%, which is above the national baseline of 2.2% and the highest it has been so far this flu season, but is still substantially lower than the 7.5% peak recorded last season. Severity indicators are increasing as expected, but remain well below what indicators observed last season. However, this week another four flu-related pediatric deaths were reported to CDC, bringing the total to 28 flu-related deaths in children for the 2018-2019 flu season. H1N1 viruses have been the most commonly identified flu viruses nationally. However, H3N2 viruses have predominated in the southeastern region of the United States.’

“Below is a summary of the key flu indicators for the week ending February 2, 2019: