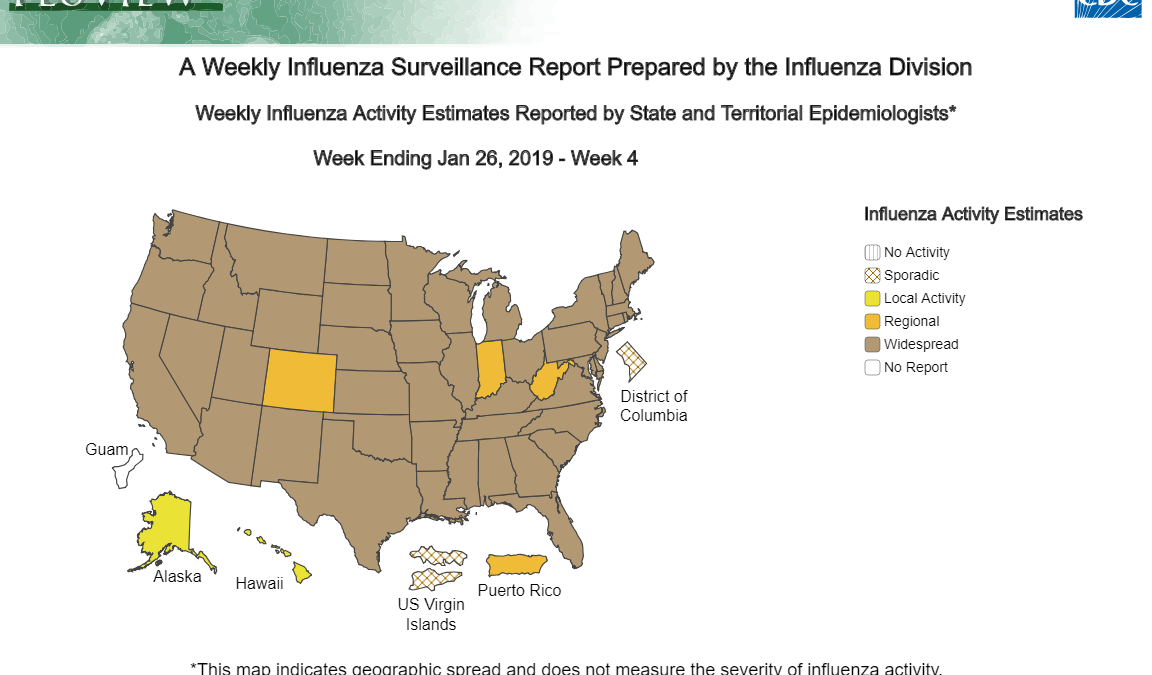 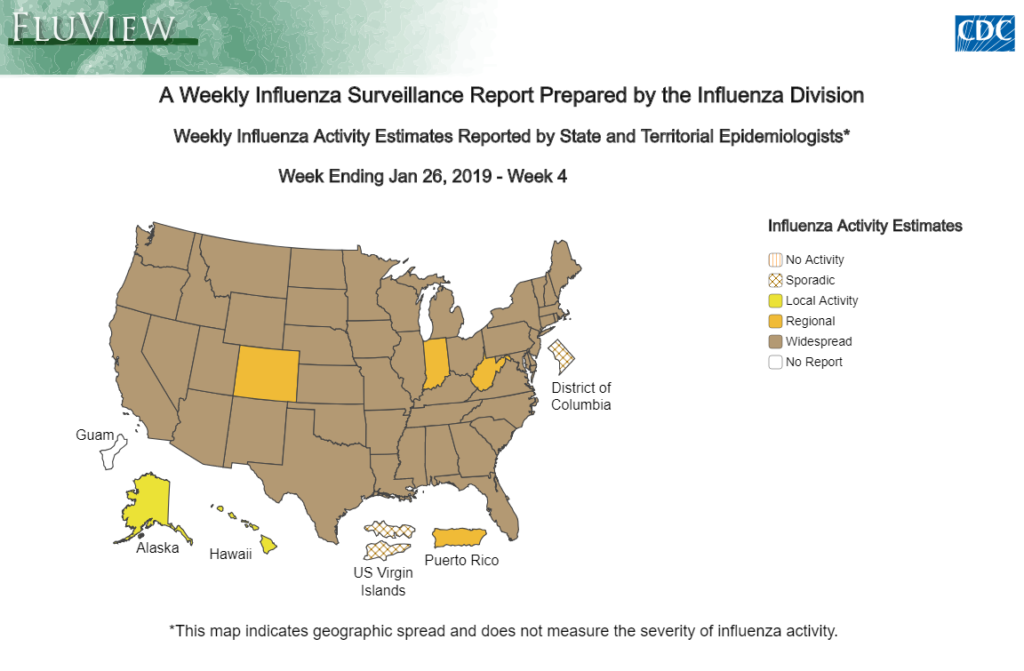 According to this week’s FluView report, seasonal influenza activity rose again over last week, with the number of states reporting widespread activity increasing from 36 to 45. Deaths attributed to pneumonia and influenza (P&I) is at the national threshold this week. P&I has been at or above the epidemic threshold for three consecutive weeks so far this season, however, hospitalization rates remain relatively low compared with last season. CDC also reported another two flu-associated pediatric deaths. H1N1 viruses have been the most commonly identified flu viruses nationally. However, H3N2 viruses have predominated in the southeastern region of the United States.

CDC expects flu activity to remain elevated for a number of weeks. Below is a summary of the key flu indicators for the week ending January 26, 2019: