University of Georgia tests electric buses as part of grant 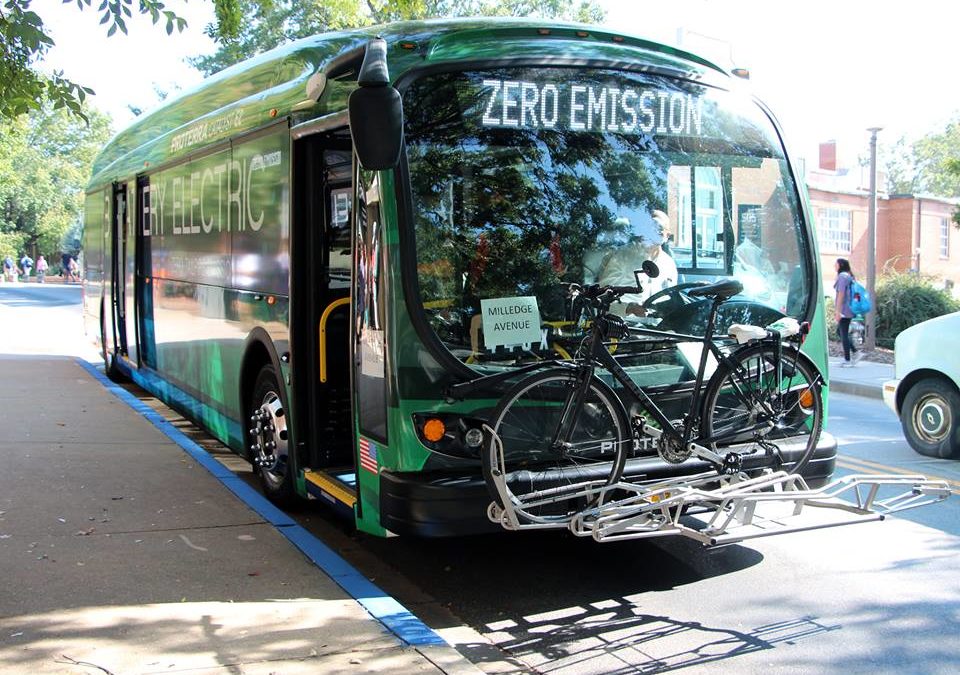 UGA is testing electric buses. like this on, as part of a grant to add 19 to its fleet. 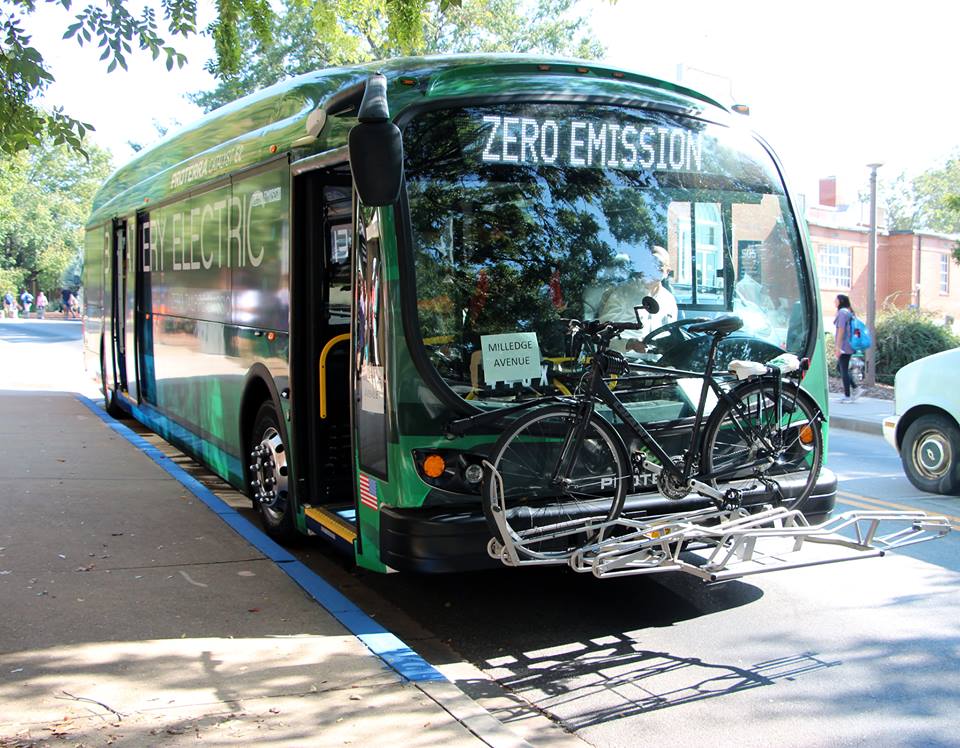 UGA is testing electric buses, like this Proterra, as part of a grant to add 19 to its fleet. Photo courtesy of the University of Georgia.

The University of Georgia Transportation and Parking Services has been testing electric buses on campus as part of its grant to add 19 electric buses to the fleet. They tested the Proterra electric bus.

From The Red and Black, UGA’s student newspaper:

“Proterra is one of the several electric bus companies currently being looked at by UGA for the switch, Walter said, and these companies are going through a competitive process.

“Walter said the bus ran for seven hours and lost a third of its charge and could last for 15 hours. Normally a typical bus will run 10 to 12 hours in a day at UGA. He said the battery life depends on regenerative braking power, meaning that the less a driver brakes, the more the bus charges. Braking less is the only change for drivers from the usual diesel buses, and Walters said student drivers drove during the Proterra demonstrations.

The state of Georgia has given the university $10 million to purchase 19 electric buses.The funding was awarded by GO! Transit Capital Program, a competitive funding program administered by Georgia’s State Road and Tollway Authority. UGA will provide $5 million in matching funds.

The university has not finalized its bus choice yet.