The University of Connecticut’s recent installation of Verbi Inc.’s Gunshot/Explosion Notification platform inside its Storrs campus facilities is the first such advanced security system among public universities in the United States.  If an active-shooter event were to occur, the Verbi system provides first responders immediate intel – GPS coordinates, floor-plans showing shooter location and a unique pin-point feature providing active control of live video in the shooter zone – all from their mobile iOS devices. Police, Fire and EMT thus gain precious extra minutes to respond, increasing the probability of saving lives.

“The sooner the police can get there and stop the shooter, the sooner they can stop the violence,” said Hans Rhynhart, UConn’sinterim director of public safety and chief of police.  Rhynhart said UConn hasn’t had a problem with shooters, but realizes that the system could enhance campus security.  “We’re using it to be very proactive,” he said. 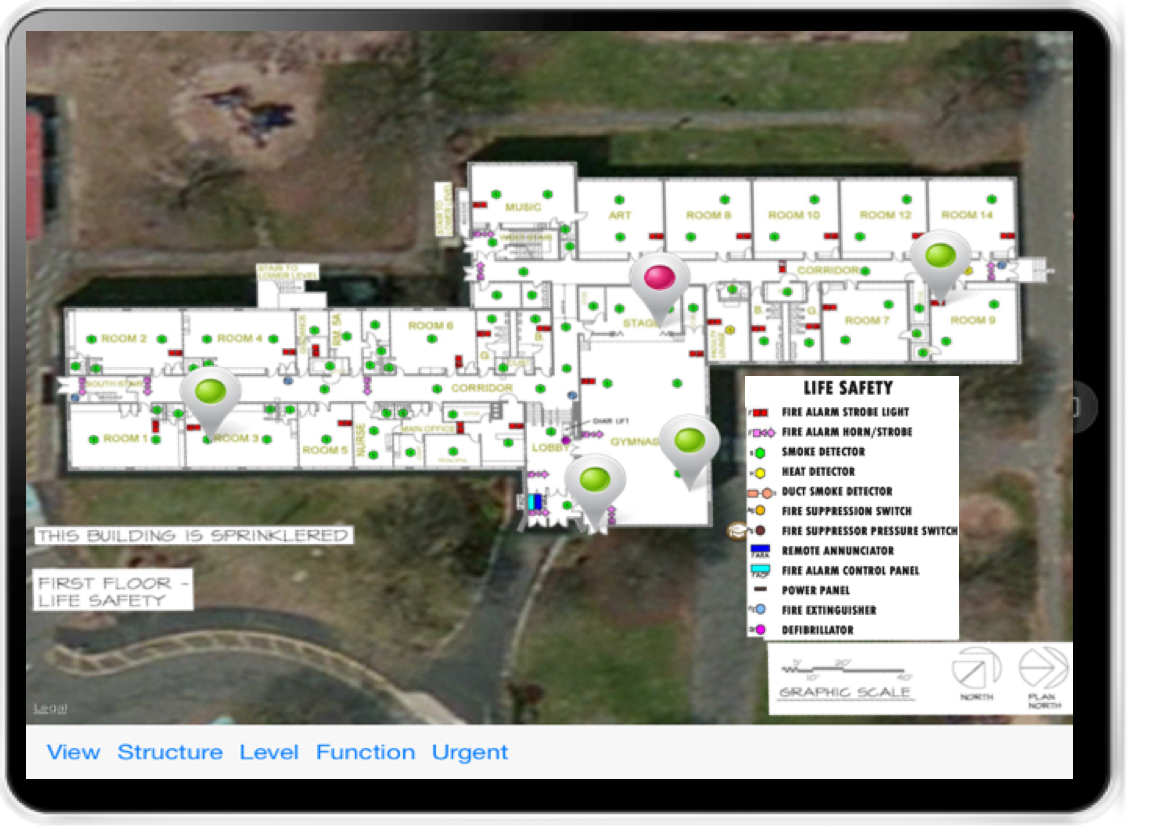 The “life-safety-view” is another option which provides first responders with a diagram of where fire extinguishers, defibrillators, etc. are located. Photos courtesy of Verbi Inc. This is NOT the specific dashboard of the University of Connecticut. 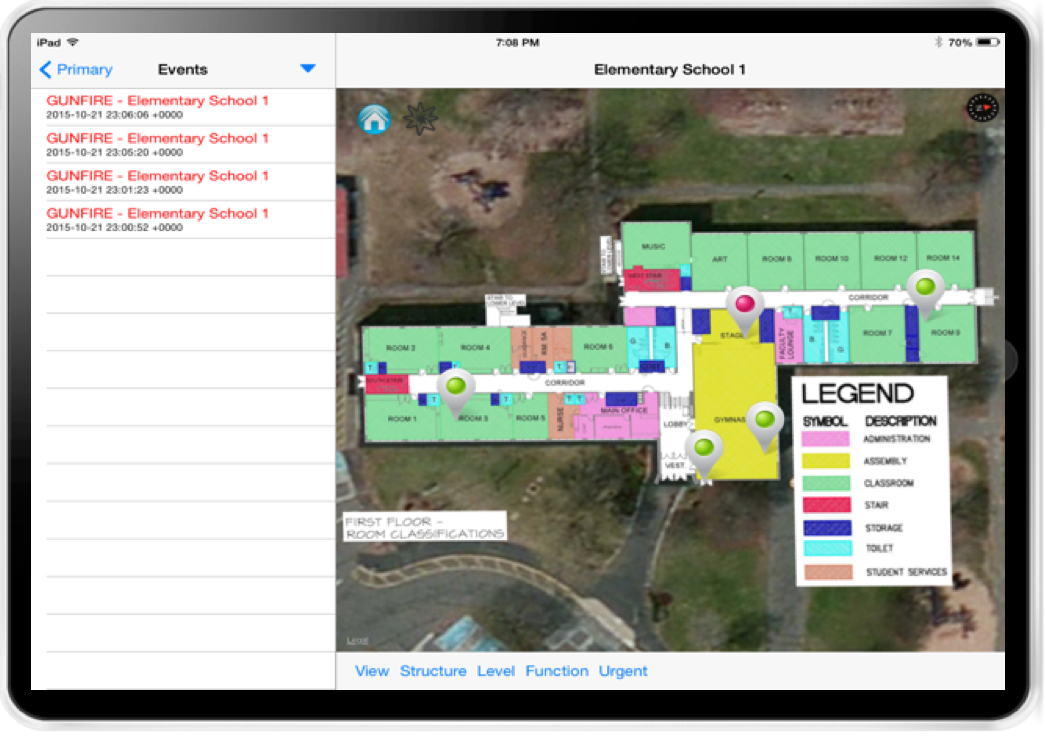 The “room-view” is the main screen that opens to show the zones located within the specific floor-plan.  The red marker indicates the zone where the shooting is.  The green markers indicate zones where there is not.  When you click on a zone (danger or safe), a list of the IP-based technologies available within is provided.  Clicking on a door lock may lock or un-lock a door for quick responder access or for barricade.  Clicking on a video camera will provide live-feed video as well as pan-zoom-tilt capabilities.

The “security-device-view” is another option available from the “view” menu of different types of floor plans, which as the key shows, shows icons of where any sort of security technology is available. (Photos courtesy of Verbi Inc.)

Robert Hotaling, CEO of New Haven, CT-based Verbi, developed the mobile-first system in reaction to the Sandy Hook School shooting in Newtown, CT.  “The officers get notified, then click on the cameras in the zone and get a live feed of what’s going on there,” said Hotaling. “With this system, they get quicker and more accurate decision-making information than ever previously available.”

The military-grade gunshot detector created by Dr. Socrates Deligeorges of BioMimetic Systems uses artificial intelligence and ultra-sensitive acoustic sensors to distinguish between gunshots, explosions, and non-lethal sounds, thus avoiding false alarms while also maintaining a facility’s privacy by not listening nor recording conversations. The system can detect gunshots or explosions up to a range of 100 meters indoors or 450 meters outdoors.