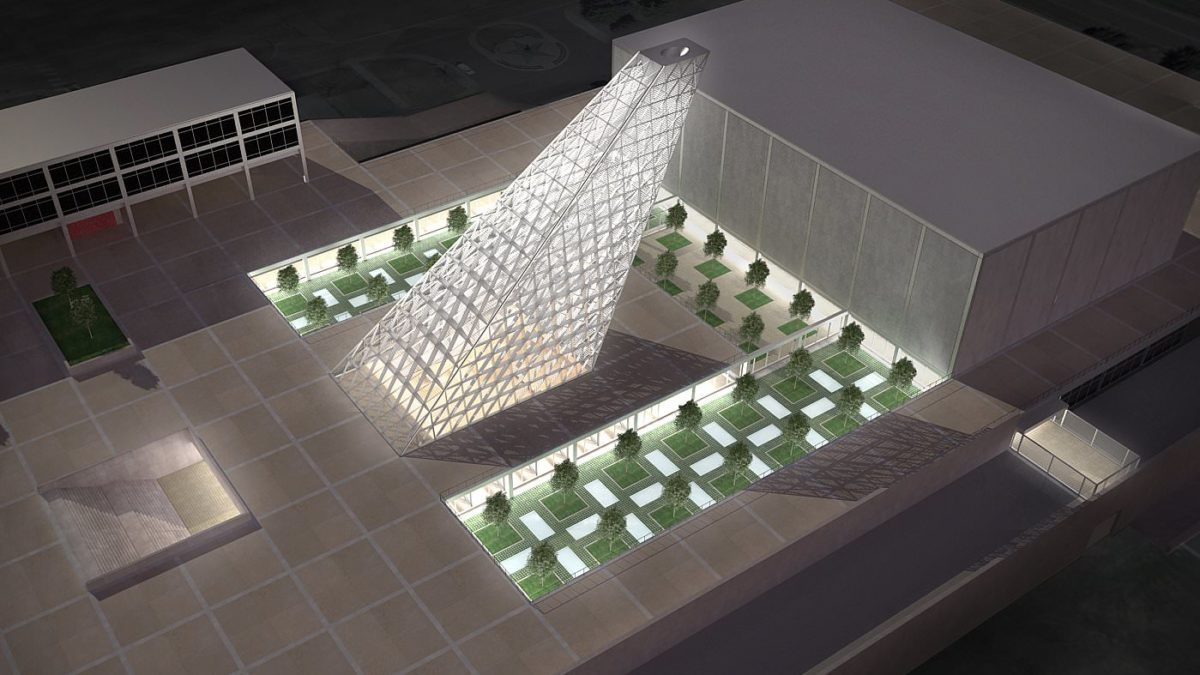 Skylights and floor-to-ceiling glazing for all offices and classrooms, allow natural light to fill the building's interior. (Photo courtesy of SOM) 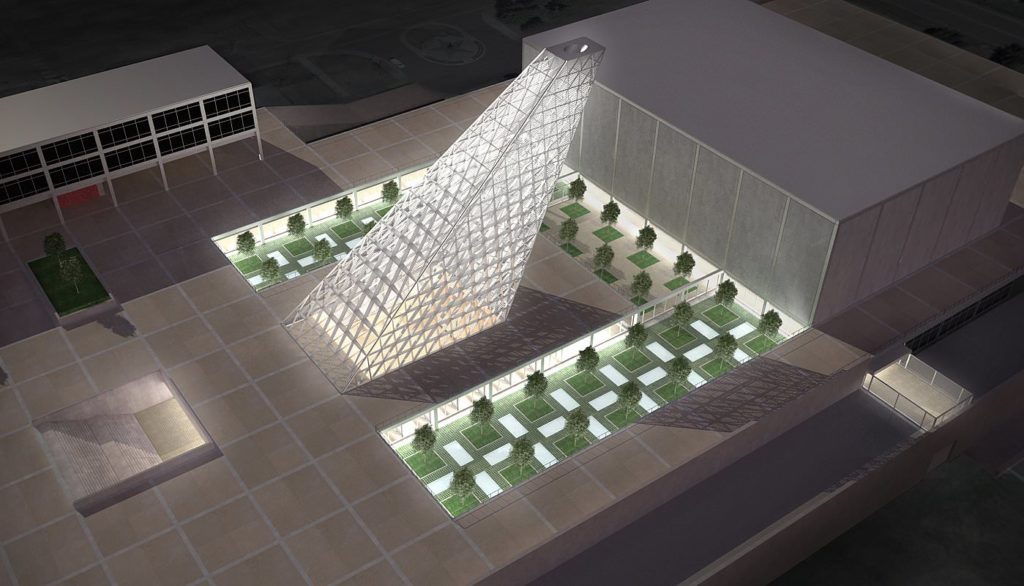 Skylights and floor-to-ceiling glazing for all offices and classrooms allow natural light to fill the building’s interior. (Photo courtesy of SOM)

The U.S. Air Force Academy has opened the Center for Character & Leadership Development (CCLD), a new building designed by Skidmore, Owings & Merrill LLP (SOM). The CCLD will serve as an education and research center, supporting the Air Force Academy’s mission to integrate character and leadership development into all aspects of the Cadet experience while also serving as a think tank for leadership and character development initiatives nationwide.

The CCLD also represents an important and symbolic addition to the Academy’s campus, which SOM designed in 1954, and was designated a National Historic Landmark District in 2004. As the first building constructed in the Cadet Area since the 1990s, the CCLD creates an architectural focal point for the campus, and serves as a counterpoint to the Academy’s iconic Cadet Chapel.

“Character and leadership development is the essence of the Air Force Academy’s mission and is interwoven into every aspect of the Academy experience,” says Lt. Gen. Michelle Johnson, Superintendent of the U.S. Air Force Academy. “This iconic structure represents our bold vision to become the premier venue for the integrated study and development of character and leadership.”

The 46,000-square-foot building is located at a critical meeting point between the cadet and public areas of the campus. The building serves as a nexus, with spaces dedicated to cadets, professors, distinguished visitors, and the public. It contains the Forum, a flexible gathering space for academic and social interaction; a series of collaboration, conference, and seminar rooms; offices; a library; and the Honor Board Room, where inquiries related to the Cadet Honor Code take place.

“Our design for the CCLD creates a distinct and contemporary icon for the U.S. Air Force Academy, while also deferring to the discipline and rigor of the original campus plan,” states Roger Duffy, Design Partner at SOM. “We were honored to have this opportunity to revisit one of our most important projects, and to make a 21st-century contribution at the heart of the campus.”

The CCLD features a dramatic 105-foot skylight: a design element that establishes a bold presence on the campus and brings ample natural light into the building. This glass-enclosed structure aligns precisely with the North Star, which signifies the Academy’s guiding values. By aligning this new center for community and collaboration under the North Star, SOM’s design creates a meaningful architectural interpretation of the Academy’s aspirations. With its complete integration of architecture and structural engineering, dynamic form, and machine-like precision, the skylight is fluid yet disciplined. The structure of the skylight consists of diagonal steel plates composed in a triangular grid and precisely calibrated to resist lateral forces due to wind loading. The architecturally exposed structural steel is devoid of all embellishment or ornamentation, and its sleek connections are cohesive with the aesthetics of the structure.

At the center of the building, the Forum’s terraced levels will accommodate gatherings at a variety of scales and levels of formality. Glass-walled collaboration rooms surround the Forum, offering meeting spaces that emphasize the quality of transparency that is central to the building’s design. Symbolically placed at the heart of the building, the Honor Board Room features a conference table situated beneath a glass aperture that opens to the larger skylight above. A cadet seated at the table will be precisely aligned with the North Star. The interior of the Honor Board Room is kept deliberately simple, with walls, floor, and ceiling clad in maple, to emphasize the table illuminated at the center of the room.

Designed to meet LEED® Silver certification from the U.S. Green Building Council, the CCLD will set a new standard for green technology and building practices on the U.S. Air Force Academy campus. To meet this sustainability goal, and to potentially obtain LEED® Gold certification, SOM developed integrated building systems that influence all aspects of the building’s design, construction, and operation. The CCLD features an energy-efficient approach to climate control that utilizes high-efficiency air handling units, displacement ventilation, radiant heating and cooling, and a solar chimney effect within the skylight structure that expels heated air. In addition to the ample natural light provided by the skylight structure, the building’s classrooms, meeting rooms, and offices are situated around two adjacent courtyards to minimize the use of artificial lighting.