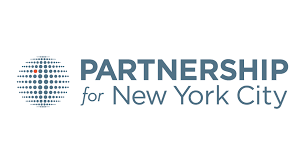 The Partnership for New York City surveyed major employers between Oct. 15 and Oct. 26 to measure progress in the return of Manhattan’s one million office workers. This updates surveys released in June and August.

The Partnership also asked employers about public transit use and transportation benefits provided:

The Partnership asked employers to rank factors that they believe will have the greatest influence on the pace of employees’ return to the office. Responses mirrored the findings in August, with the status of COVID-19 intensifying as the primary concern: