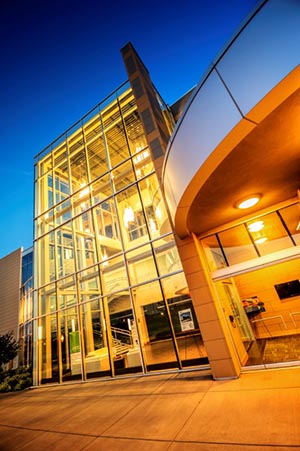 Ascend Innovations has signed a lease to relocate to Dayton, Ohio’s Tech Town this spring. Ascend will be on the same campus where Greater Dayton Area Hospital Association (GDAHA) is also relocating.

Ascend Innovations, a for-profit enterprise that produces commercially viable solutions in human health innovation, has signed a lease to relocate to Dayton, Ohio’s Tech Town this spring. Ascend will be on the same campus where Greater Dayton Area Hospital Association (GDAHA) is also relocating.

Plans to develop Ascend’s operations at Tech Town were initiated by co-owners of Ascend – GDAHA and Kaleidoscope, an innovation and product design firm headquartered in Cincinnati. The new space, which will include executive offices, workspaces and an innovation lab, will serve as the company’s primary location.

Ricky Peters, CEO of Ascend and Executive Director of The Perduco Group said, “We are witnessing a rebirth of entrepreneurial spirit in the heart of Dayton. We can do more, be more, and develop more by working alongside GDAHA in our new space. We are also poised to collaborate with other Tech Town technology and industry thought leaders to accomplish this community’s commercialization goals.”

“By co-locating with Ascend, GDAHA will not only be able to continue its nationally recognized collaboration initiatives with its member organizations, but we will be able to fulfill the vision of our member hospitals to integrate GDAHA and Ascend into commercializing technology and creating economic development and employment opportunities in the Dayton region,” said Bryan Bucklew, President and CEO of the Greater Dayton Area Hospital Association.

Ascend’s presence alongside GDAHA headquarters will further support the region’s vision for innovation. “We (City) are pleased that Ascend Innovations and GDAHA have decided to make Tech Town their home, and join more than 40 tenants who represent a wide range of emerging technologies and industries,” said Dayton Mayor Nan Whaley. “Additionally, together with commercialization efforts at The Entrepreneurs Center and UDRI Sensors Directorate, Ascend will help to complete an ecosystem for technology commercialization.”

The Tech Town space is uniquely designed to support the commercialization process. Sean Barnett, MD, MS, FACS, FAAP, Chief Medical Officer and Chief Innovation Officer of Ascend and Chief Medical Officer for Kaleidoscope said, “Our new space at Tech Town will provide an open environment with abundant natural lighting, multiple workrooms, offices, meeting rooms and a workshop. This open layout is inspired by our founding partner Kaleidoscope, where they’ve created an atmosphere that fosters collaboration and creativity among employees. The workshop, with 3D printers, will also provide bench space for prototype development and testing.”

“This facility permits us to achieve our purpose to support the development and delivery of commercially viable products,” said Peters. “But more importantly, it further empowers the talented Ascend and GDAHA teams to achieve their goals to improve life, one healthcare solution at time.”