Surviving the next tsunami of healthcare reform 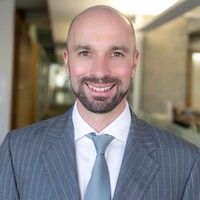 More change is coming to America’s healthcare system and the industry must be ready.

Why change is coming

Mauck explains we’ve gone from one presidential candidate supporting Medicare For All in 2016 to 12 supporting some version of it in the 2020 race and 22 candidates making healthcare a central issue to their candidacy.

In fact, the idea has grown tremendously in popularity, Mauck says.

While the candidates’ plans differ, Mauck says Medicare For All puts a dent in the industry’s outlook. He points out that one week after Sen. Bernie Sander’s April 2019 Medicare for All Act was introduced, stock prices across the industry took a dive. Anthem Inc. decreased 18%, UnitedHealth Group decreased 12%; HCA Healthcare Inc. decreased 16%, Community Health Systems dropped 5%; Pfizer Inc. dropped 7%. For a combined loss in market value among hospitals and insurers of $28 billion.

Mauck says to expect limited federal action until 2020. He says the top Centers for Medicare and Medicaid Services (CMS) priorities for 2019 are:

However, he reports not everyone is waiting for federal action. The states are independently pursuing a range of cost control measures, such as:

Stakeholders are driving procedures outside HOPD because:

In fact, he says physicians are encouraged to shift patients to ASCs. Here’s why:

Mauck says in 2011 a lot of dermatology, ophthalmology, dentistry and anesthesia left for ASC. Currently, gastroenterology, orthopedics, urology and women’s health practices are making the shift.  He says orthopedics was the bread and butter for many hospitals. When you pull these procedures out of hospital settings, hospitals are losing procedural revenue that helped subsidize other care.

Other disruptors in the industry

Mauck sees other disruptors as well, such as the CVS HealthHUB, which is owned by Aetna. The CVS Health HUB is envisioned as a much larger presence than the original CVS Minute Clinic. It would still utilize CVS’s many locations, but also manage chronic diseases and wellness visits such as with a dietician or to help stop smoking. It would give members a lower-cost price alternative to emergency departments. It would connect them to other HealthHUB services such as the pharmacy. It would allow non-Aetna members to use the HealthHub and be converted to Aetna’s MA plan.

Traditional hospital care is not going anywhere as the population ages. In 2021 the first Baby Boomers will turn 75 and as they get older, medical needs increase and become more serious. (

Mauck says key strategies for the future are: