King has served as Executive Director at C.S. Mott Children’s Hospital and Von Voigtlander Women’s Hospital for five years, he will begin at Stanford Children's Health in early 2019. 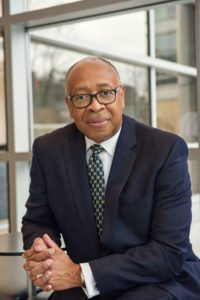 “As we plan for the continued growth of Stanford Children’s Health and expansion of innovation across the entire continuum of care, Paul’s distinguished record of accomplishment and dedication to the critically important role of pediatric and obstetric care will undoubtedly help us achieve our vision of Precision Health at Stanford Medicine,” said Lloyd Minor, MD, Dean of Stanford University School of Medicine.

Prior to joining C.S. Mott Children’s Hospital, King served as president and CEO for the Pediatric Management Group, a 550-physician academic pediatric subspecialty group practice affiliated with Children’s Hospital Los Angeles (CHLA). Previously he was vice president of clinical programs and professional services in which he helped oversee both the CHLA’s pediatric medical center and a pediatric multi-specialty medical group.

“I am thrilled to be joining Stanford Children’s Health at a time of flourishing innovation in pediatric health care,” said King. “The possibilities that are within reach for the world-class Stanford Medicine academic medical institutions are truly limitless. I look forward to working with the board and executive leadership, the physicians and staff, as well as with partners at the School of Medicine and Stanford Health Care, to continue to advance pediatric care and research and raise the bar for patient experience and outcomes not just for our patients, but for children and expectant mothers everywhere.”

“As a physician leader it is vital to have executive and board leadership who embrace the voices of our physicians and care teams, as front line providers, researchers and innovators,” said Mary Leonard, MD, the Adalyn Jay Physician in Chief at Lucile Packard Children’s Hospital Stanford. “Paul’s experience and understanding of how to nurture growth within academic medical institutions make him a wonderful leader and ally to pursue our goals in science, education and patient care.”

Mark Wietecha, president and CEO of the Children’s Hospital Association, a national organization representing children’s hospitals, has known King for many years and said, “Paul is an exceptional leader and brings the deep national experience necessary to support continued growth and preeminence at Lucile Packard Children’s Hospital Stanford.”