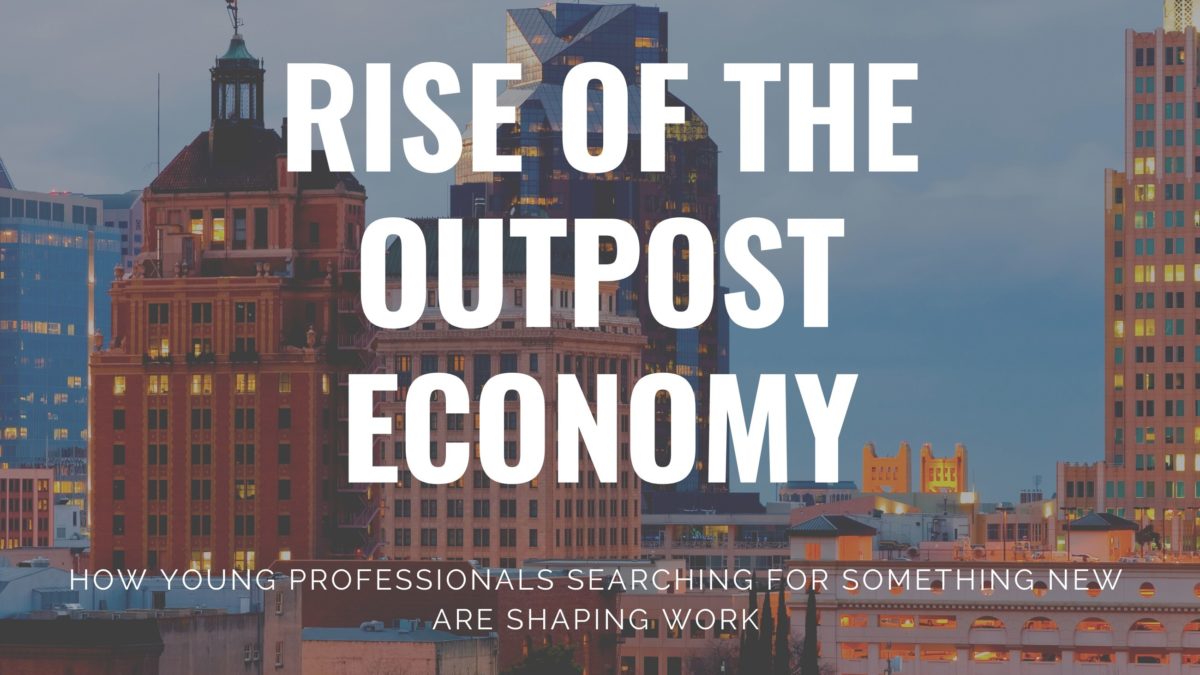 As the place where millions of people work remains flexible — a consequence of advanced technology accelerated by a global pandemic — there’s a sizable shift in the nature of work, its location and employment implications. Commercial real estate firm Graceada Partners identifies this trend, defines it, and explains the sweeping impact it will have on real estate, employers and cities in its new “Rise of the Outpost Economy” report.

Graceada Partners names this trend “the outpost economy.” It is the rise of a more dispersed economy and employment base away from major cities to smaller cities with high quality of life that draws workers who have become untethered from their physical place of work in major cities.

“We spend our days immersed in commercial real estate and this new trend we had never witnessed before — the outpost economy — became increasingly clear to us,” said Ryan Swehla, one of the two co-founders and co-CEO of Graceada Partners. “The more we look into it, the more we realize the realignment taking place as secondary markets become outpost economies. As many white-collar workers have the freedom to move anywhere with their work, we are seeing a migration and demographic shift with sweeping implications across secondary markets and the entire U.S. economy.”

With vast amounts of employees becoming untethered from their place of employment, secondary markets with high quality of life—such as Sacramento, Austin, and Charlotte—will witness continued population growth along with increased investment from companies embracing those regional economies. Employers observing these trends taking place will establish outposts in these secondary markets for clusters of employees to have a home base.

“Contrary to popular speculation, we don’t think office demand will fall as a result of this shift,” noted Joe Muratore, the other co-founder and co-CEO of Graceada Partners. “A lot will depend on the location of the real estate, but the value of commercial properties increasing in these outpost cities will outweigh the short-term devaluation of downtown high-rises found in cities like New York and Chicago.”

Furthermore, the report states that traditionally working-class cities such as St. Louis and Buffalo may experience a similar focal point of attraction, creating outpost economies of their own and revitalizing a pool of American cities. But this will be reliant upon the quality-of-life amenities that are drawing the untethered worker.