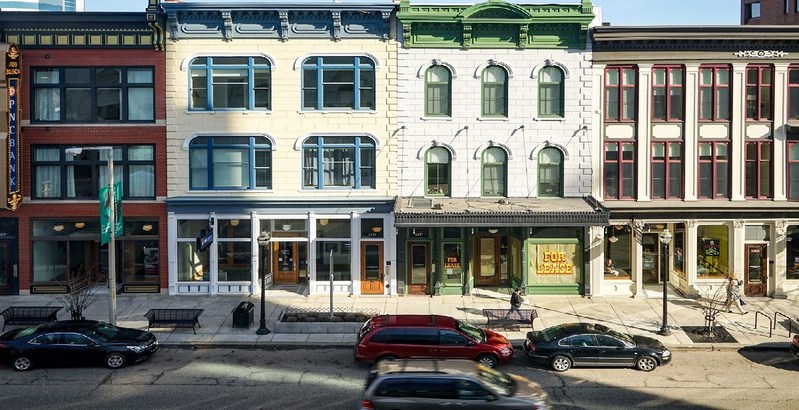 From Gary, Ind., to Lowell, Mass., smaller post-industrial cities are taking strategic steps to regenerate – with the chance to follow their larger rebounding counterparts like Pittsburgh and Cleveland – by building on downtowns, capitalizing on a unique sense of place, and focusing on workforce development, according to a new report published by the Lincoln Institute of Land Policy in partnership with the Greater Ohio Policy Center.

These smaller cities, with populations of 30,000 to 200,000, are reeling from the same loss of population and manufacturing jobs as Baltimore or Detroit, but they often lack the big universities, hospitals, or philanthropies that have boosted larger cities. They gained national attention when President Trump’s message resonated with voters who had long supported Democrats in cities like Scranton, Penn., hometown of former Vice President Joe Biden. Once powerhouses of the American economy, some now conjure images of abandoned steel mills and factories, and vacant houses and storefronts.

“The challenges faced by smaller legacy cities loom large in the American imagination,” authors Torey Hollingsworth and Alison Goebel of the Greater Ohio Policy Center write in Revitalizing America’s Smaller Legacy Cities: Strategies for Postindustrial Success from Gary to Lowell. “It’s no coincidence that Billy Joel and Bruce Springsteen chose Allentown, Penn., and Youngstown, Ohio, respectively, as symbols of the demise of a certain kind of American dream.”

The report makes the case for reinvesting in smaller legacy cities and explores strategies that have shown promise in some places. It examines 24 cities across seven midwestern and northeastern states: Michigan, Indiana, Ohio, Pennsylvania, New York, New Jersey, and Massachusetts. It measures each city’s progress from 2000-15 using a range of indicators, from employment to population change, and describes revitalization strategies that have succeeded thus far.

The cities differ greatly – some benefit from proximity to big cities like Philadelphia and New York, while others are more isolated – but they share much in common. They are grappling with persistent poverty, inequality, and blight, which were compounded by the Great Recession. They seek to attract young professionals and startups to become affordable alternatives to hot market cities, but they also need to nurture their existing populations across all incomes and skill levels. They first rose to prosperity amid a wave of immigration, and many recognize the role of immigrants in their resurgence a century later.

“No two places are alike, but smaller legacy cities can learn from each other as they reposition themselves, whether as a regional service center, a competitor on the national or global stage, or a tourism hub,” the authors said. “They will need to build teams from the public and private sectors who share a spirit of collaboration and the will to lead their communities through a period of great transformation.”

The report recommends eight strategies for revitalization that have shown promise in some places:

Revitalizing America’s Smaller Legacy Cities is a follow-up to the Lincoln Institute’s 2013 report, Regenerating America’s Legacy Cities, which focuses on larger cities such as Detroit, Baltimore, Cincinnati, and Pittsburgh. It marks the latest step in the Lincoln Institute’s ongoing initiative to help build the capacity of legacy cities to thrive in the 21st century, and to ensure that all residents enjoy the benefits of revitalization.