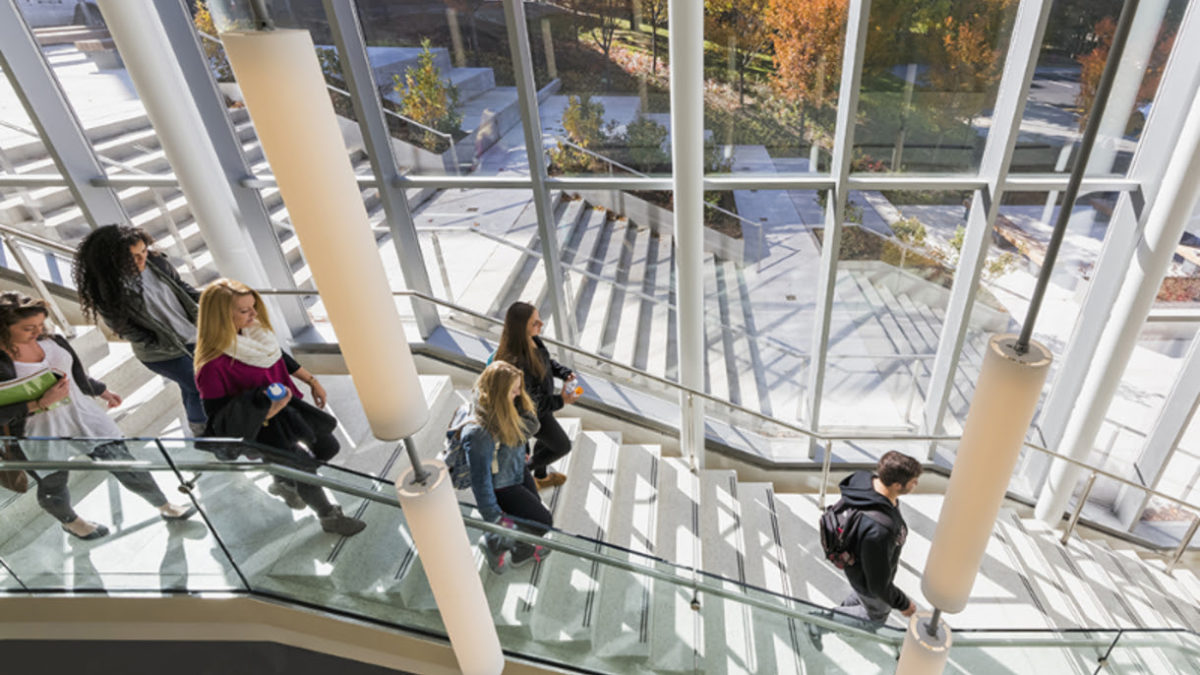 The Adler Center for Nursing Excellence and G-Wing Renovation at Ramapo College of New Jersey has earned ENR’s 2016 Best Project award in Higher Education/Research for the New York metropolitan region.

Selected by an independent jury of industry leaders in design and construction, the honor was announced at the publication’s award breakfast on October 13 in Manhattan. 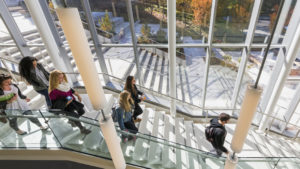 Connected to the Adler Center by a pedestrian bridge, the 1970s-built G-Wing underwent a full interior gut renovation, transformingthe 100,000 sf building into a modern research and teaching facility for the Schools of Social Science and Human Services and Theoretical and Applied Science. An exterior redesign gave the four-story structure a brighter look and new windows that maximize daylight and views of the surrounding Ramapo Mountains.

With construction occurring while the G-Wing was in use, careful planning and coordination were required to keep the existing MEP systems up and running as new systems were installed. Trailers were used to create swing space, enabling the contractor to upgrade one half of the building while the other half was still occupied.

“By enlarging the existing mechanical penthouse, we were able to accommodate new air handling units and allow the old units to continue to function. New shafts were added on each floor to route new MEP services from the mechanical room,” says Loring Executive Vice President Steven Kenah. “Through continuous communication between the design and construction team and Ramapo College, we were extremely successful in minimizing disruptions and delivering an exceptional project.”