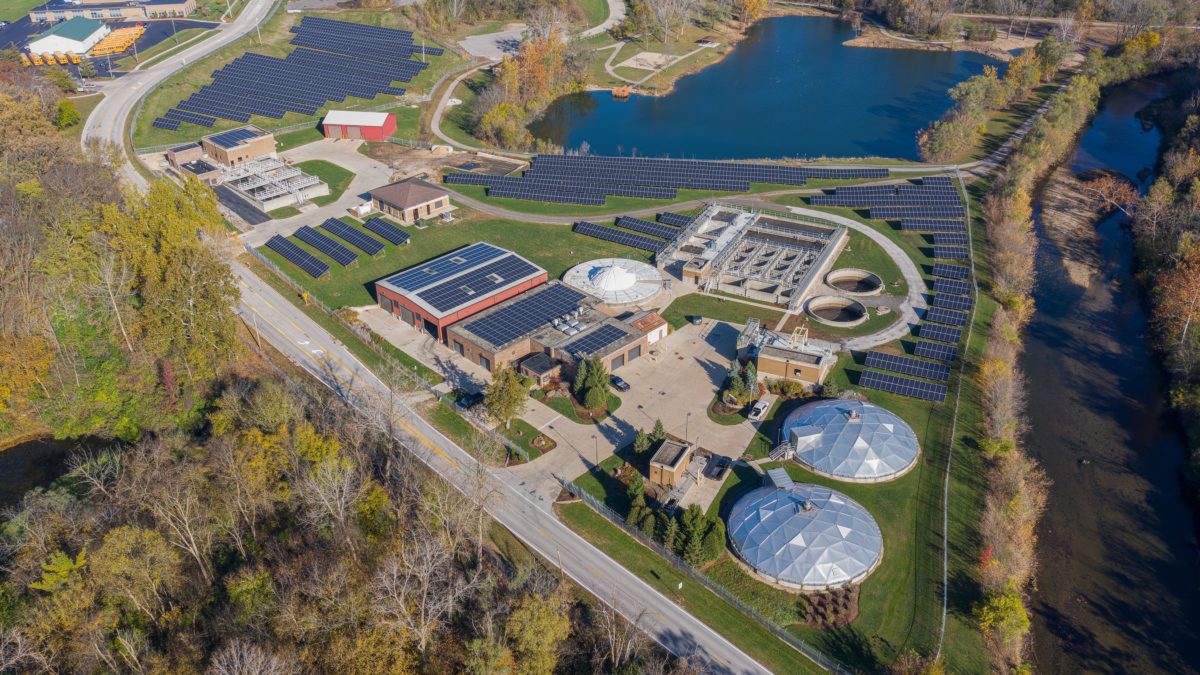 City of Plano, Illinois, officials announced that its 1.1 MW Solar Farm, which was fully “Energized” in late 2019, is performing as expected.  The ground and roof-mounted solar system will generate over 1.2 million kilowatt-hours (kWh) per year and provide power to the Water Treatment Plant.

“The City of Plano and their consultant Progressive Business Solutions reviewed several potential locations and ultimately decided the best fit was to use vacant land next to the current water treatment plant.  The solar field has helped the city save money, reduce our dependence on traditional fossil fuels and provides a good example of how the City of Plano continues to be environmental stewards for today and the future,” said Robert Hausler, mayor, City of Plano.

Project Funding and Development
Funds were made available in 2019 and 2020 from the Adjustable Block Program under the Future Energy Jobs Act (FEJA), passed in December of 2016.  Area residents, businesses, governmental organizations and non-profits all pay into a renewable energy fund, which is collected on each customer’s monthly ComEd bill. The available funds were highly competitive in that less than 30% of the applications submitted received approval.

“We are pleased to have delivered on our commitment to develop projects that provide environmentally friendly low-cost power for the City of Plano,” said Chris Childress, development director progressive business solutions.

“This development will generate over 1.2 million kWh per year and 30 million kWh over the term of the project.  For reference, the average home consumes around 10,000 kWh per year,” Said Dr. Everton Walters, President of WCP Solar. “We appreciate being selected by the City of Plano and are pleased to get this project online and energized.”

“No new taxpayer dollars were used to build the Solar Fields,” said Arnie Schramel, Managing Partner Progressive Business Solutions.  “We helped originate, competitively bid the solar field construction, and found the financial resources to fund the project.  The City of Plano will receive approximately 65% of its power from the field to run the Water Treatment Facility at a cost, substantially below market for a period of 25 years,” per Schramel.

Carbon Emissions Reduction
Cost reduction is not the only benefit for the Community.  By generating over 30 million kWh during the project, it will reduce Carbon Emissions by over 8,484 metric tons. According to the EPA Greenhouse Gas Equivalency Calculator, that is equivalent to eliminating over 9,135 passenger cars or eliminating 23 million gallons of gasoline.