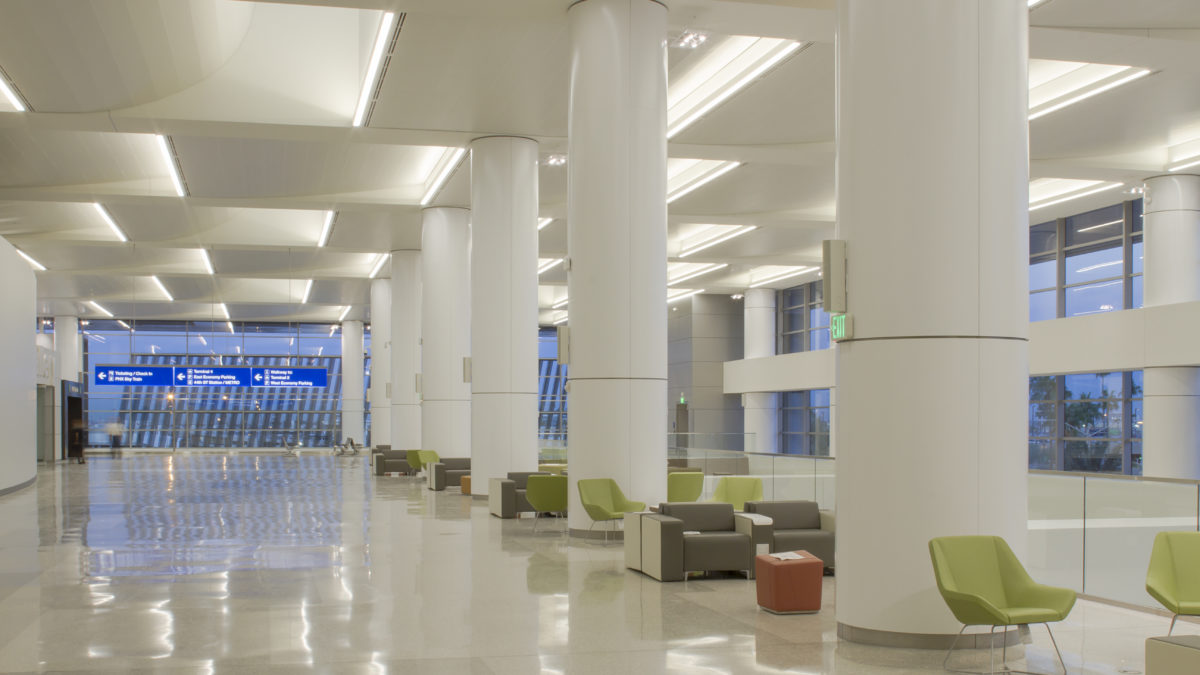 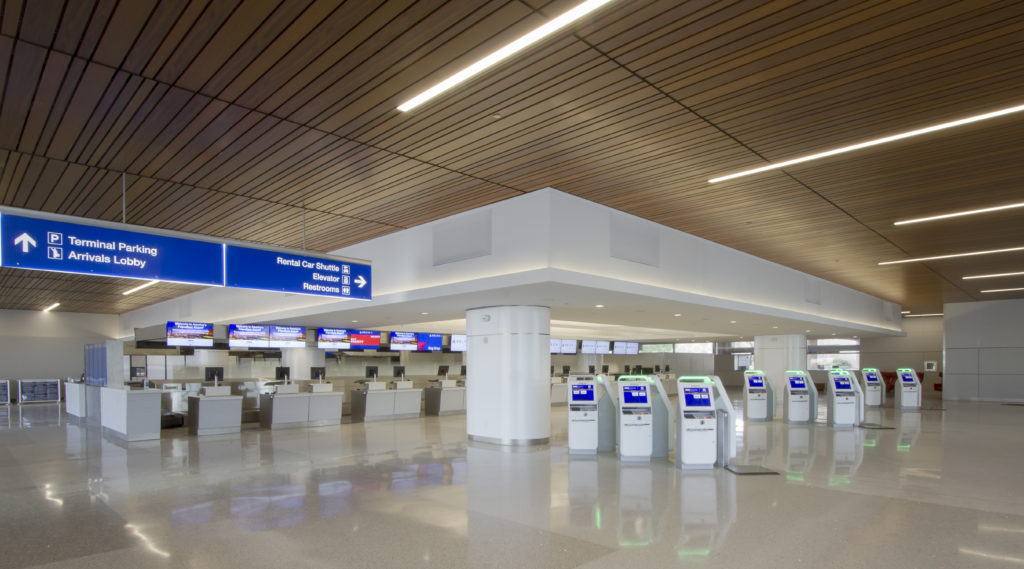 After 40 years of operation, Phoenix Sky Harbor International Airport Terminal 3 needed a facelift to provide today’s passengers with an improved, efficient, and intuitive travel experience. Hunter Douglas Architectural, alongside a group of architects, contractors, and installers, stepped up to the challenge of modernizing the busy transportation hub.

“Working in an active airport comes with its own set of logistical challenges,” said Wayne Turcotte, project manager at TP Acoustics, the company that handled ceiling installation on the project. “Early on we worked with the entire build team to ensure concepts and mock-ups were in lock-step for the challenging, yet ultimately successful project.”

Style and performance standards for interior and exterior ceiling systems had greatly evolved from the original 1970s décor. The darker, reds and browns of the original ceiling were exchanged for clean, white panels and natural, wood-look slats. Hunter Douglas provided product solutions in the form of Torsion Spring, Segmented Torsion Spring and Metal Linear Multi-Box Continuous ceiling systems to aid the airport’s arrival to a new era. 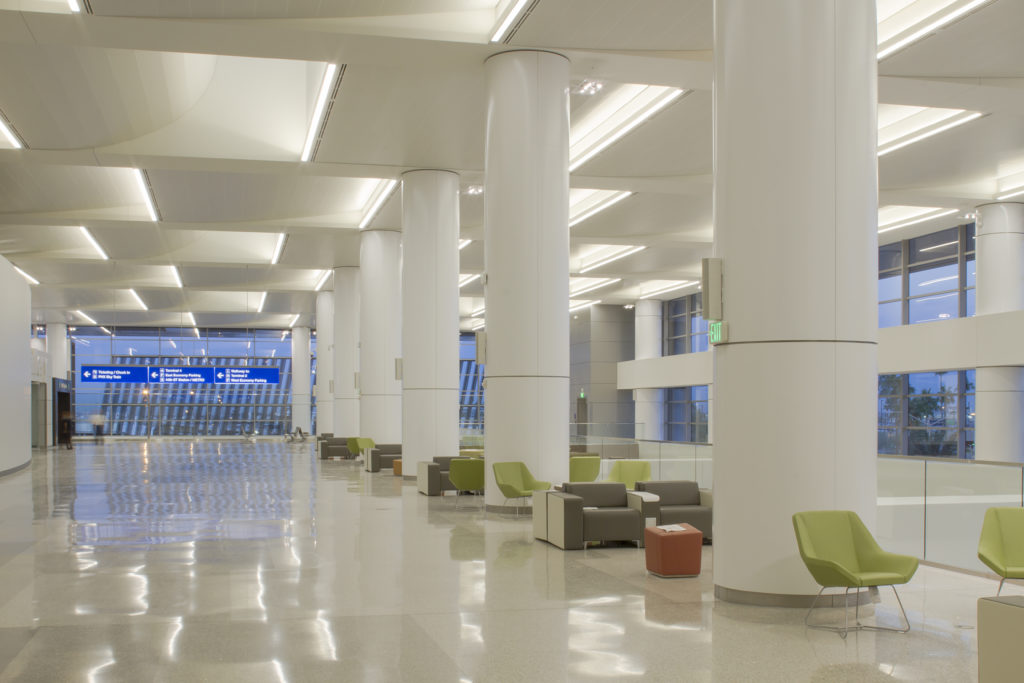 Multi-radius Torsion and Segmented Torsion Spring scalloped ceiling systems in a white finish were installed both flat and curved along the terminal’s upper floors to accommodate previously designed skylights.

Such a complex project in an active airport terminal required next-level dexterity and coordination. Material delivery had to be scheduled with the least impact on travelers and be escorted by security personnel. Some of the ceiling sections were even suspended in the air above escalators still in use by passengers.

“Installing a ceiling nearly 100 feet in the air into 50-year-old concrete — while flooring is also installed below — can be a tricky process,” according Derrick Amerson, Owner at TP Acoustics. “Having Hunter Douglas Ceiling Systems that install so easily and smoothly made a challenging job much more manageable.”

The metal Linear Multi-Box ceilings and soffits use the same wood-look, powder-coat finish and directly integrate into the aesthetics of the exterior building through clear, floor-to-ceiling glass windows. The seamless transition from interior to exterior helps direct travelers to their ultimate destination.

By the completion of Phase 1 in late 2016, the international airport ranked inside the top 10 busiest in the nation and top 30 worldwide with 40 million annual passengers. “We believe in this airport,” said Mayor Greg Stanton during the unveiling. “Because what’s good for this airport is good for business in Phoenix and the state of Arizona.”