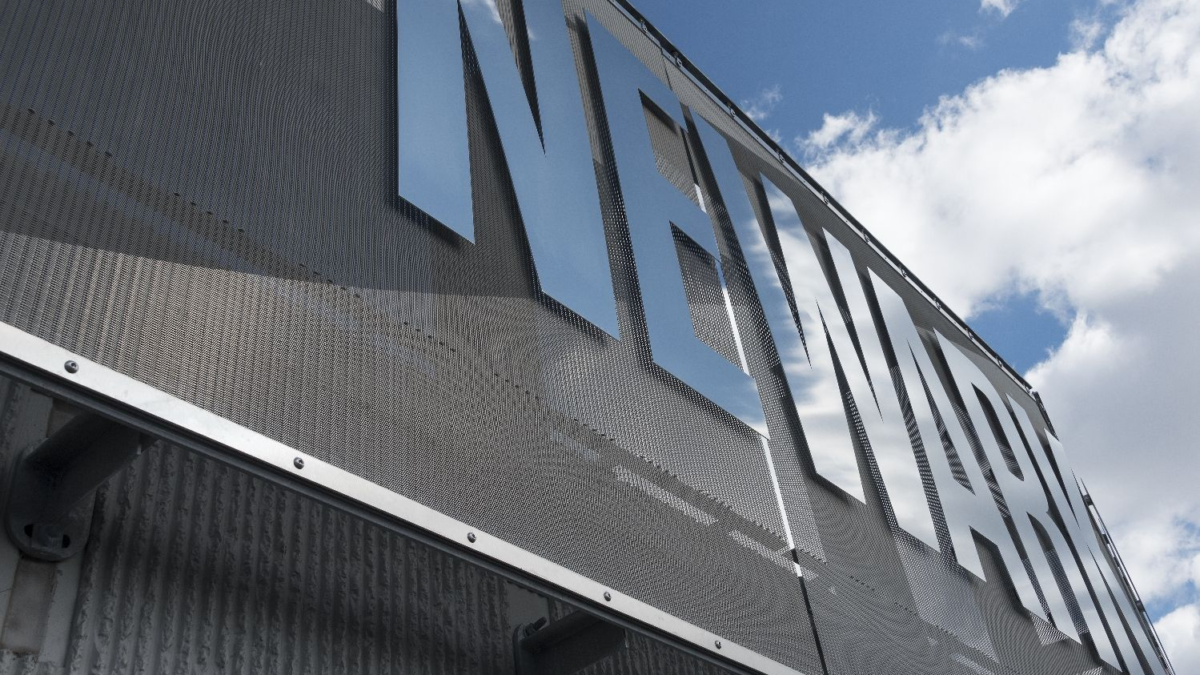 During the redesign and overhaul of Newark Liberty Airport in Newark, New Jersey, designers needed to create a secure yet attractive barrier to the airport’s power transformer station.

Rather than extending the surrounding precast concrete the total height of the transformer station wall, the Port Authority of New York and New Jersey design team selected OMEGA 1510 stainless steel mesh from GKD-USA as perimeter fencing for its visual security and sheer good looks.

The lower portion of the perimeter fencing was required to be opaque, so this portion was constructed from precast concrete. “It fulfills the requirement effectively, but isn’t aesthetically pleasing,” explains Wesley Goodnight, a process improvement engineer for Kiewit and the structural engineer on the project. “We had to do something solid on the
lower portion, from a security perspective.”

The second half of the structure doubles the height of the perimeter wall. Stacking another set of precast panels on the existing perimeter wall was out of the question. The team also experimented with aluminum bars, but they didn’t provide the visual cover trait desired to conceal the unsightly transformer from the airport thoroughfare. The sheer height of the wall also makes the entire structure vulnerable to gusting winds.

The visual perception of security had also become a critical consideration in choosing the right material to secure the perimeter of the transformer station. “We talked a lot about “climb-ability” and this definitely looks like it is not climb-able, so it wasn’t going to provide potential intruders an easy means to get access to the site.”

The Port Authority settled on metal fabric as the solution. It met all the design constraints for permeability to the wind, visual security and especially for its ability to provide the airport thoroughfare with a unique and classy visual signature.

The team evaluated two different manufacturers but decided to work with GKD, recalls Goodnight. “The client liked that GKD had the ability to etch and provide graphics and that made it really stand out,” says Goodnight. Etching is a process that transfers weather-resistant, durable and fade-resistant graphic elements onto a metal surface.

“Of the many weaves and attachment systems compatible with an etched metal fabric design, the team chose Omega1510,” explains Jeff Abbott, GKD customer service manager. “The material’s visual cover trait is spot on and it has a 35% open area which reduces wind shear forces on the structure.” Despite its graceful design, stainless steel mesh is highly resilient, withstanding adverse weather conditions and vandalism. The precast wall, now adorned with a robust sail of etched metal fabric, provides graphics, signage and branding that conceals the transformer and provides a glamorous welcome to the airport’s highly trafficked route.