Nation better prepared to manage health emergencies than 5 years ago 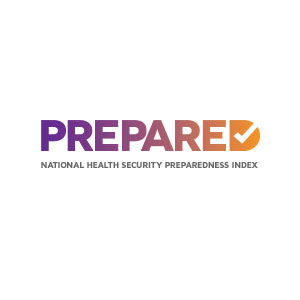 An annual assessment of the nation’s day-to-day readiness for managing health emergencies improved significantly over the past five years, though deep regional differences remain. The Robert Wood Johnson Foundation (RWJF) released the 2018 National Health Security Preparedness Index, which found the United States scored a 7.1 on a 10-point scale for preparedness — nearly a 3 percent improvement over the last year, and a nearly 11 percent improvement since the Index began five years ago.

The Preparedness Index analyzes 140 measures — such as percentage of bridges that are in good or fair condition, number of pediatricians, and flu vaccination rates — to calculate a composite score that provides the most comprehensive picture of health security available. The scores indicate the ability to protect the health security of Americans from incidents like newly emerging infectious diseases, growing antibiotic resistance, terrorism and extreme weather conditions at the state and national levels.

“Threats to America’s health security are on the rise, but so is our nation’s preparedness to deal with these emergencies,” said Alonzo Plough, PhD, MPH, vice president of research-evaluation-learning and chief science officer at RWJF. “The Index shows how prepared public and private stakeholders are to tackle health security challenges and sheds light on areas for improvement.”

Despite improvements in two-thirds of states, significant inequities in health security exist across the nation: the highest-scoring state (Maryland, 8.0) scores 25 percent higher than the lowest states (Alaska and Nevada, 6.4). Generally, states in the Deep South and Mountain West regions lag behind Northeast and Pacific Coast states. Many of the lower-scoring states face elevated risks of disasters and contain disproportionate numbers of low-income residents.

“Five years of continuous gains in health security nationally is remarkable progress,” said Glen Mays, PhD, MPH, who leads a team of researchers at the University of Kentucky in developing the Index. “But achieving equal protection across the U.S. population remains a critical unmet priority.”

Eighteen states achieved preparedness levels that exceed the national average, with 21 states below the national average. A total of 38 states plus the District of Columbia increased their overall health security in the last year, while eight remained steady and four states declined.

“Every community must be equipped to prepare for, respond to, and recover from any health emergency,” said Stephen C. Redd, MD, RADM, USPHS, director of the U.S. Centers for Disease Control and Prevention (CDC) Office of Public Health Preparedness and Response. “The Index helps pinpoint where cross-sector investments are paying off and how the nation can increase resilience.”

Based on a model informed by experts in public health, emergency management, academia, health care, and other sectors, researchers collect, aggregate, and measure health security data from more than 50 sources. The final measures fall into six categories, each of which is assessed independently, and cover topics such as:

Originally developed by the CDC as a tool to drive dialogue to improve health security and preparedness, the Index is a collaborative effort funded by RWJF involving more than 30 organizations. State health officials, emergency management experts, business leaders, nonprofits, researchers, and others help shape the Index.