Is the suburban corporate campus nearing its end? 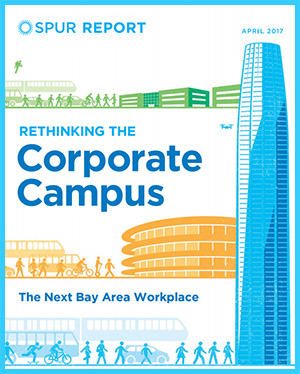 A recent web post from HOK examines the future of the sprawling suburban corporate campus. Here is the story:

Moreover, given the impact these workplaces can have on both the environment and employee satisfaction, should it be nearing its end?

Those are the central questions put forth in Rethinking the Corporate Campus, a white paper published by the San Francisco Bay Area think tank SPUR. The report looks specifically at the influence suburban campuses have had on Silicon Valley, though insights gleaned from the paper could apply to companies seeking a new corporate headquarters elsewhere.

Suburban corporate offices, with their large, single-level floor plates, have been instrumental in fostering the type of innovation and collaboration for which Silicon Valley is known. Yet these sprawling campuses—born in an era of cheap land and intended to be easily expanded or disposed of to accommodate Silicon Valley’s booms and busts—are no longer the automatic choice.

The spread of suburban campuses has not only contributed to regional “job sprawl” (the Bay Area has the nation’s second highest total delay and commuter stress), but they’ve also made it more expensive and difficult to recruit and retain talent. Many Bay Area employers in the suburbs are now expected to provide shuttle service and other costly perks to attract and keep employees.

On the flip side, several well-known Silicon Valley brands (Salesforce, LinkedIn, Twitter and Airbnb) recently have bucked the suburban-campus trend and done the “once unthinkable” for tech giants. They’ve moved their headquarters into vertical downtown offices or converted industrial buildings centrally located near public transit. Unlike suburban campuses that reinforce an insular and secretive workplace culture, these more accessible urban campuses support the principles of agglomeration, the theory that innovation occurs faster in dense environments in which workers, suppliers, funders and partners are co-located for collaboration.

At the same time, renovated suburban corporate campuses, such as the Central & Wolfe Campus in Sunnyvale, can offer what the SPUR report describes as a “hybrid” approach in adopting aspects of both vertical and traditional campuses.

Here is a link to the original HOK article.