Impact of COVID-19 on healthcare facility planning and design: What others are saying 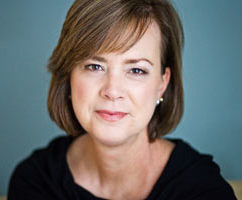 In the past few weeks, I’ve received many comments and thoughts about my Zoom lecture, “In the Wake of Covid-19: What’s Next for Healthcare Facility Planning and Design?”

So, I thought I’d share a few of them.

First, let’s start with some of the comments and questions posed by Bill Worn, leader of the Chicago Studio of the University of Illinois Health + Well Being Architectural Studies program, where I first gave the lecture.

Professor Worn pointed out that Covid-19 has raised a larger issue of how the healthcare system in the U.S. has failed us. It has brought out the disparity among classes of people. “Will this create a new focus in our country?” he asked.

But improving our healthcare system for everyone totally depends on who is elected president in the fall and which party retains/gains the majority in the Senate and House. And no matter who is in office, there are no easy fixes to these problems.

What Can the U.S. Learn from Others?

Worn also wondered if other countries with universal healthcare have better systems and solutions to fight this pandemic.

Again, my answer is “Perhaps.”

Because I don’t know enough about healthcare in those countries to offer any insight. But surely we can learn from others.

One of the things I suggested is for the U.S. government to help pay for changes to building design that will help fight future pandemics by passing a bill similar to the Hill-Burton Act of 1946. Worn and his students weren’t sure if the government would really pony up for facility improvements.

Kurt Neubek, Principal/Healthcare Practice Leader at Page Southerland Page, agrees. “The key question is, who will pay for all these ideas?” he wrote to me in an email.

Neubek also thinks healthcare facility-decision makers will need guidance to make non-regret decisions. “If we knee-jerk and swing the pendulum too far, we could easily be looking at the built environment in a year or two or three and people will think, ‘Wow, that was a waste of money, time, and effort.’ Or, ‘Oh yeah, that’s a remnant of our Covid-19 response that we never use,’” he states.

He agrees that designing for flexibility is important and is putting together a list of potential design responses that range from “easy to do, not very expensive” to “very expensive and difficult to reuse.”

“In some ways I want it to be like LEED points,” Neubek writes. “Ideally, experienced teams can look at a list and say, ‘These are the easy ones that we’ll do anyway; they don’t need discussion.’”

Ideas that don’t apply or aren’t feasible could be knocked off the list. “Then you’re left with a list in the middle that really needs to be evaluated for applicability, flexibility, and payback time,” Neubek concludes.

I love that approach.

John Lefkus, president, RAD Technology Medical Systems, a design/build/financer of modular vaults and clinics, thinks that one positive result from the pandemic is that we now may have the courage and funding to tackle what has been hiding in plain sight.

“It’s not just money or building more of the same from two decades ago, but rethinking how we handle our rapidly changing world using new and predictable technology,” Lefkus wrote in an email. “That’s where your lecture has resonated with me.”

“Just imagine that governments gave tax credits or some other economic incentive to hotel developers to add supplemental standby ventilation to create negative room pressures and to install headwall units behind the picture above most hotel room beds?” he asked. “We have just solved two problems. Surge capacity for hospitals without the daily cost of upkeep and a hedge strategy for hotels that empty during a crisis.”

Can Modular Work for Surge Capacity?

I also offered modular systems and modular construction as possible solutions for surge capacity and infection control in a post-Covid-19 world. But modular might not be the best answer for hospital facility expansion and contraction.

According to Lefkus, who has been involved in over 5,000 modular projects in more than 20 countries, the problem isn’t that a modular system can’t be used for surge capacity, but where can it be warehoused when it’s not being used.

He’s also concerned that there are some in the modular industry who believe that they can do for healthcare what they did for housing. “It’s just like a bedroom — right?” Lefkus muses, pointing out that the regulatory challenges in healthcare are very complex.

The biggest benefits of modular construction may be in its ability to easily adapt to rapidly changing medical technology. RAD’s lease model also makes it more economically viable — something the healthcare industry may be seeking after Covid-19. (Check out RAD’s whitepaper “Building at the Speed of Medical Innovation” for more about this.)

This column originally ran on Sara Marberry’s blog on May 8. Marberry is a healthcare design expert who has written/edited five books and is a regular contributor to Healthcare Design magazine. Marberry also is a former Executive Vice President of the nonprofit Center for Health Design.