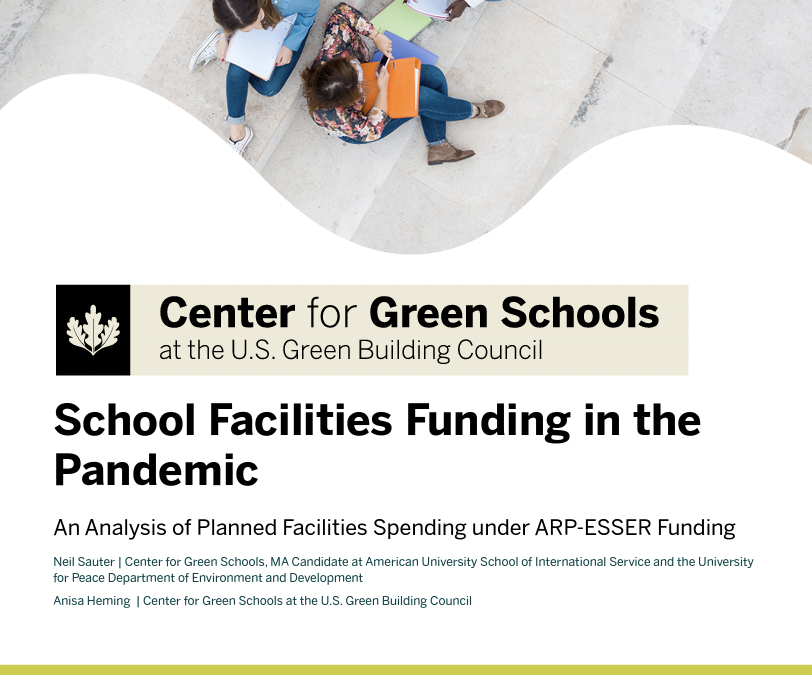 On November 14, the Center for Green Schools at the U.S. Green Building Council (USGBC) published new findings about how school districts are responding to the Covid-19 pandemic, specifically as it relates to investing federal relief funds to manage air quality and upgrade facilities.

The American Rescue Plan Elementary and Secondary School Emergency Relief funds (ARP-ESSER or ESSER III) represented an unprecedented federal investment in K–12 schools and a lifeline over the course of the Covid-19 pandemic, especially in the case of school facilities. The funding offered school systems a chance to address a critical backlog of deferred maintenance, needed equipment and infrastructure repairs, as well as upgrades to outdated building systems to improve health, air quality and comfort.

The report looks at how school districts across the country plan to invest that federal aid, with a focus on planned funding for large-scale facilities related work. The analysis includes qualitative interviews with three school district facilities personnel and a quantitative analysis based on a data set of 5,004 school districts’ ESSER-III spending plans by the Burbio data service. The data set contained information from school districts from all 50 states and the District of Columbia, representing approximately 74% of public school students and roughly $83.1 billion in ESSER III funds. Access to the data set was generously supported by Carrier.

The district interviewees noted how important the ESSER III funds have been for this type of work, but even with $8.5 billion planned to be spent by districts on facilities, it is not nearly enough to address the $85 billion in underinvestment in K–12 school buildings and grounds each year as reported by IWBI’s 2021 State of Our Schools Report.

Since much of the ESSER III spending on major facilities projects has yet to be carried out (districts have until September 2024 or April 2026, if granted an extension), this report focused on planned spending. Over the next several years, the Center for Green Schools looks forward to continuing this research to track completed facilities projects and actual reported spending.

School Facilities Funding in the Pandemic is available to download from USGBC.