How are your employees wasting time at work? CareerBuilder survey offers strangest and most common productivity killers 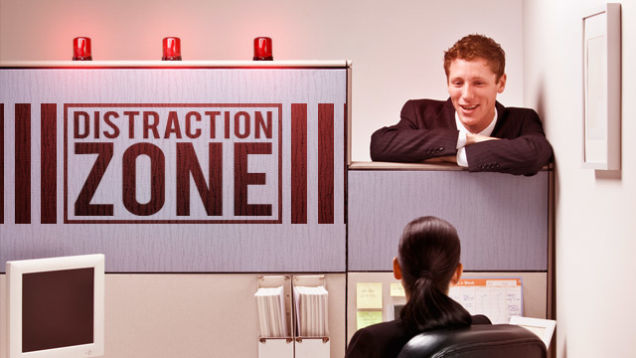 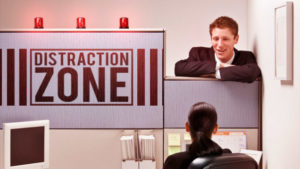 From hiding in the bathroom to testing the powers of hypnosis, some workers will do just about anything to avoid doing actual work while on the clock.

In a new survey from CareerBuilder, employers discuss the most common productivity killers in the workplace, as well as the most bizarre things they caught employees doing while on the clock.

The national survey was conducted online by Harris Poll on behalf of CareerBuilder from Feb. 11 to March 6, 2015, and included a representative sample of 2,175 hiring and human resource managers across industries and company sizes.

Killing time – and productivity   — thanks to smartphones, chatty co-workers and never-ending Twitter feeds that provide hours of distraction, the obstacles that get in the way of actual work are seemingly endless. When asked to name the biggest productivity killers in the workplace, employers cited the following:

The Strangest Non-Work Activities Workers Have Done On the Job

The Consequences of Distraction

With so many distractions around, it’s almost surprising any work gets done at all – and sometimes it doesn’t. Productivity killers can lead to negative consequences for the organization, including:

“Between the Internet, cell phones and co-workers, there are so many stimulants in today’s workplace, it’s easy to see how employees get sidetracked,” said Rosemary Haefner, chief human resources officer of CareerBuilder. “The good news is, taking breaks from work throughout the day can actually be good for productivity, enabling the mind to take a break from the job at hand and re-energize you. The trick is finding the right (work-appropriate) activities that promote – rather than deplete – energy.”  Haefner offers the following tips for productive procrastination.

•    Schedule “play” breaks. Give yourself permission to take a break, and set a definite ending time. Not only will you have something to look forward to after you’ve worked hard, you will also know when it’s time to get back to work.
•    Surround yourself with productive people. Much like laughter, productivity can be infectious. Watching how others make themselves productive can inspire us to act similarly.
•    Make yourself accountable to your (social) network. Can’t seem to motivate yourself to finish (or start) a big project? Post on your Facebook wall that you will do it. Making yourself publicly accountable will make you more likely to actually do something.
•    Just walk away (literally). Can’t seem to concentrate? Go for a 10- or 20-minute walk. Research shows that a few minutes of light exercise can rejuvenate the brain and lead to sharper cognitive function.