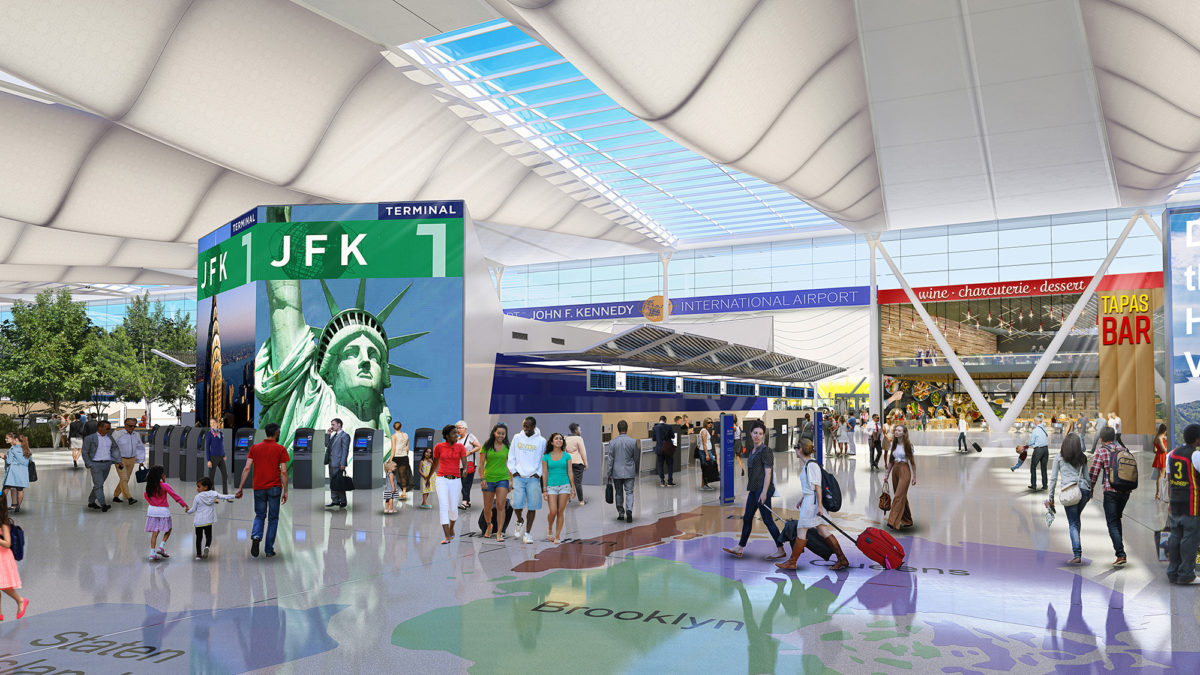 The new Terminal One at JFK announced in early January the appointment of Richard Smyth as Project Director, responsible for the delivery of the new state-of-the-art international facility. Smyth joins The New Terminal One Team from LaGuardia Airport where he was the Project Executive responsible for oversight of the $8 billion “A Whole New LGA” redevelopment. His role involved coordination of new Terminals B and C and associated infrastructure including roadways, utilities, parking garages and airside construction. He will lead the in-house Project Management Office reporting to Dr. Gerrard Bushell, Executive Chair of The New Terminal One at JFK.

“We are pleased to welcome Richard Smyth to The New Terminal One Team,” said Dr. Bushell. “His track record of leadership and management of complex multibillion-dollar aviation projects will be invaluable to our team and project. I look forward to partnering with Richard to successfully deliver a world-class terminal offering a premier passenger experience while generating jobs and business opportunities to support the local and regional economy.”

Smyth brings significant aviation infrastructure development experience across the United States, including at all three major airports in the New York metropolitan area. Prior to his LaGuardia role, Smyth was JetBlue Airways’ Vice President of Corporate Real Estate, where he was responsible for planning, financing, design and implementation of major JetBlue development projects including two aircraft maintenance hangars (New York JFK and Orlando MCO); a state-of-the-art training center with six simulators; major terminal projects in Boston, Fort Lauderdale and Long Beach California;  and, most notably, the $1 billion development of Terminal 5 and T5 International at JFK.

“I am looking forward to returning to JFK and joining The New Terminal One Team on this exciting project while working closely with the Port Authority as part of the JFK Vision Plan,” said Richard Smyth.

Mr. Smyth has also led major projects at Newark Liberty International Airport. As the Program Principal for Continental Airlines’ Global Gateway Project at Newark, he oversaw the successful delivery of the $1 billion project which included the expansion of Terminal C into a 60-gate facility for both narrow and wide-body aircraft with the ability to accommodate international arrivals, airfield development, aircraft hangars, cargo facilities, a parking garage and extensive roadway improvements.