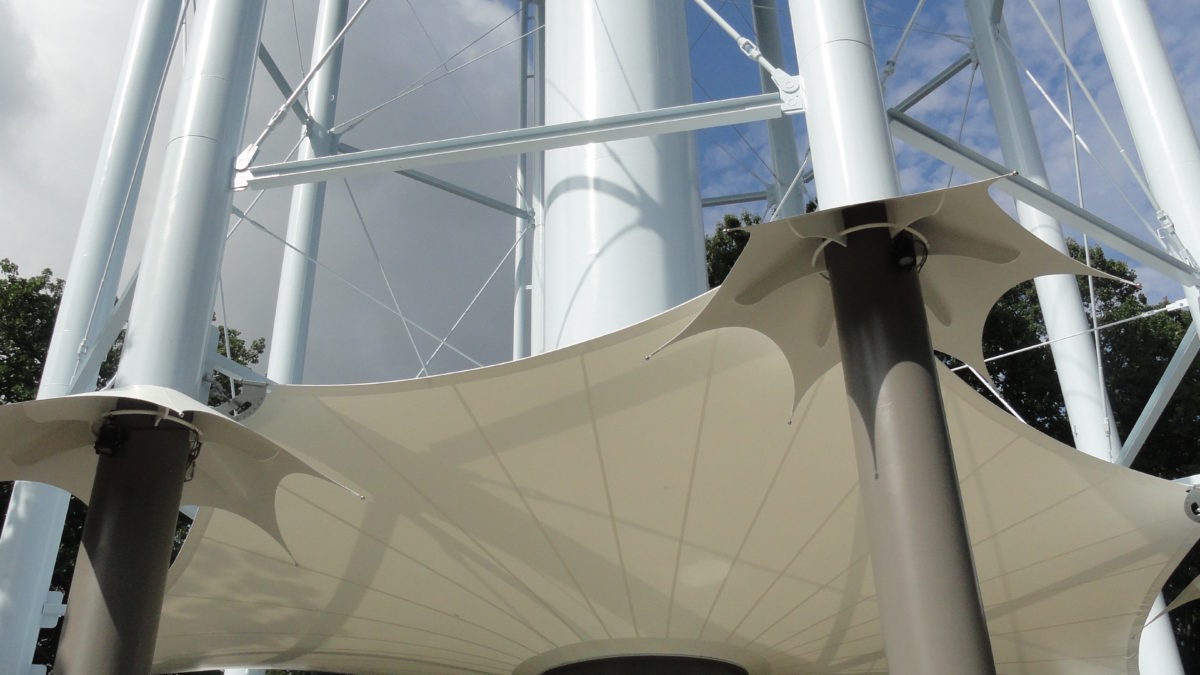 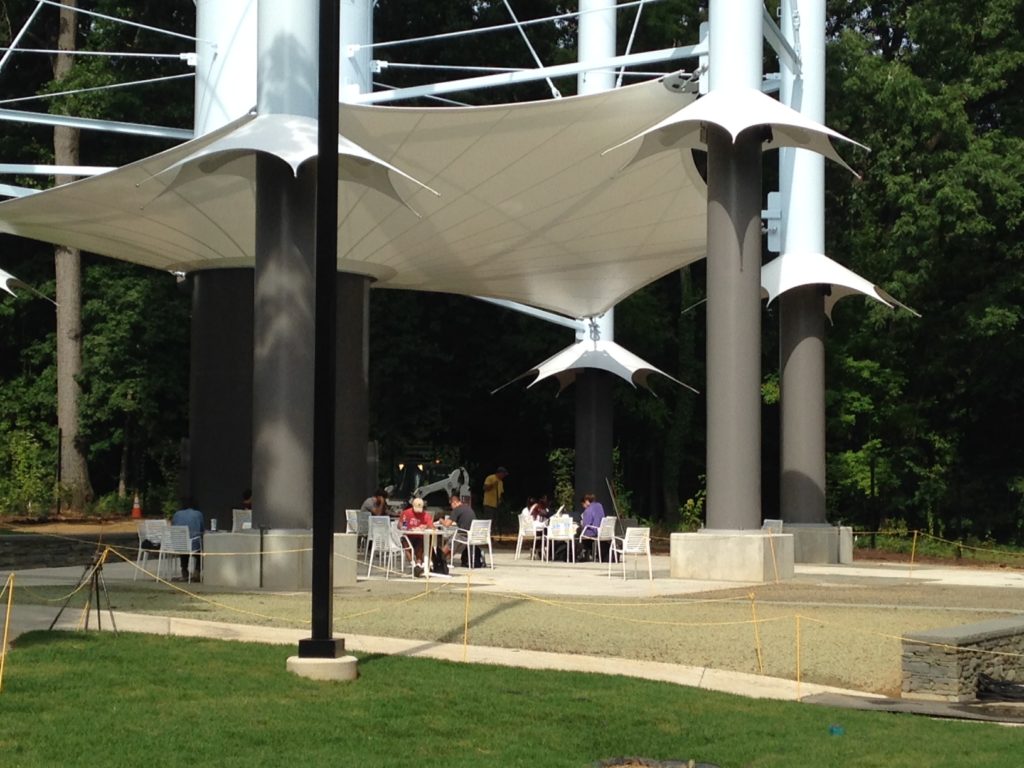 One of the many parts of the $61.6 million dollar renovation and improvements to the water system on Penn State University’s main campus in State College, Pennsylvania, included replacing a large water tower. The 140-foot tower, which supplies water to the campus’s dorms and other buildings, is part of a system that uses over 550 million gallons per year. Construction of the new water tower on the northern section of campus, which began in 2015 and finished in the summer of 2017, includes the addition of a unique shade structure from Serge Ferrari.

Just steps from the Palmer Museum of Art and adjacent to the Stuckeman Family Building, the new water tower includes a seating and stage area covered by Flexlight Xtrem TX30-III membrane from Serge Ferrari. Initial design of the tensile structure was a combined effort between Derek Kalp, PLA, ASLA, and Landscape Architect at the Penn State Physical Plant and students at the Stuckeman School of Architecture and Landscape Architecture, of which Kalp is an alumnus. 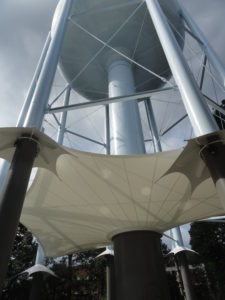 “Because the tower itself is so large, we wanted to create a canopy to stop the eye,” said Kalp. “The climbing baffles on the legs and web-like canopies work in concert to distinguish the canopy from the rest of the tower. Additionally, the location of the water tower drove the desire to create a common space that reflected the natural surroundings. The unique shape of the canopies is reminiscent of a spider plant. The legs were painted brown to emulate the nearby tree trunks, while the tower itself is a light blue to match the sky.”

In addition to the distinctive aesthetic, the canopies brought to the project, the tensile structures serve as a shelter to protect students and staff from the tower’s condensation. Kalp noted, “Water from the tower is around 52°F and condensation will inevitably form and trickle down the tower. The canopies allow the space under the tower to be used almost year-round as the fabric is durable enough to withstand not only the dripping condensation but also rain and snow.” 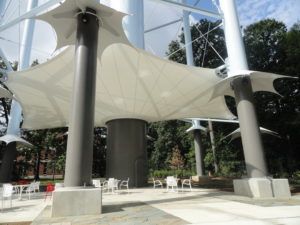 “The Précontraint technology built into the Flexlight Xtrem TX30-III fabric is very beneficial to tensioned structures like the Penn State Water Tower,” said Dirk Cos, president, Lightweight Manufacturing and Lightweight Design. “The crosslink topcoat not only helps keep the fabric cleaner, but it lasts longer due to a higher resistance to photo-oxidation and micro-cracks.”

Signature Structures served as the overall project manager, involved in every aspect including installation. “Though the project took several years from design to fruition, the design and installation itself were fairly painless for our team as such thorough prep work had been done by all who were involved. The product is easy to install in the field due to its manufacturing process, which captures the stretch and flex up front so it arrives as a near-finished product,” said John Dufal, president, Signature Structures, LLC.

Complete with changing LED lights that illuminate the structure at night, the area is a welcoming change of pace for students looking to enjoy the outdoors while still being shielded from the sun or rain.