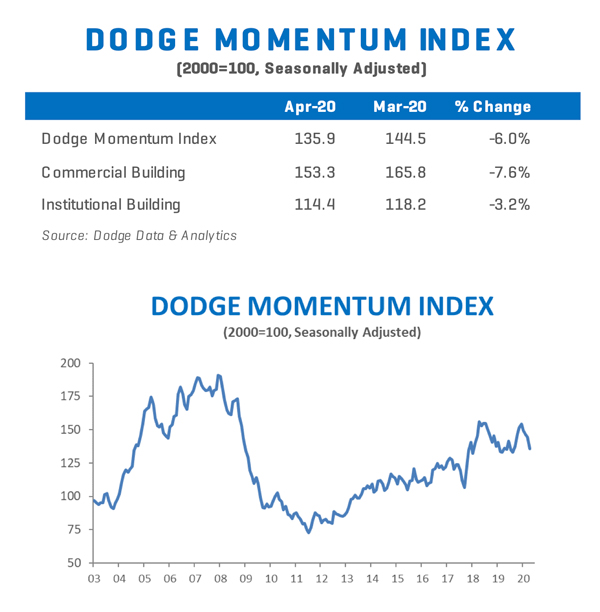 The Dodge Momentum Index moved 6% lower in April to 135.9 (2000=100) from the revised March reading of 144.5. The Momentum Index, issued by Dodge Data & Analytics, is a monthly measure of the first (or initial) report for nonresidential building projects in planning, which have been shown to lead construction spending for nonresidential buildings by a full year. Both components of the Momentum Index pulled back during the month – the commercial component fell 7.6%, while the institutional component dropped 3.2%.

COVID-19 had a significant negative impact on the economy in April, touching virtually all sectors — including construction. Planning activity clearly downshifted, although that downshift has not been fully realized in the published index since the Momentum Index is a three-month moving average. This sets the stage for an even weaker reading when the May data is released in June.