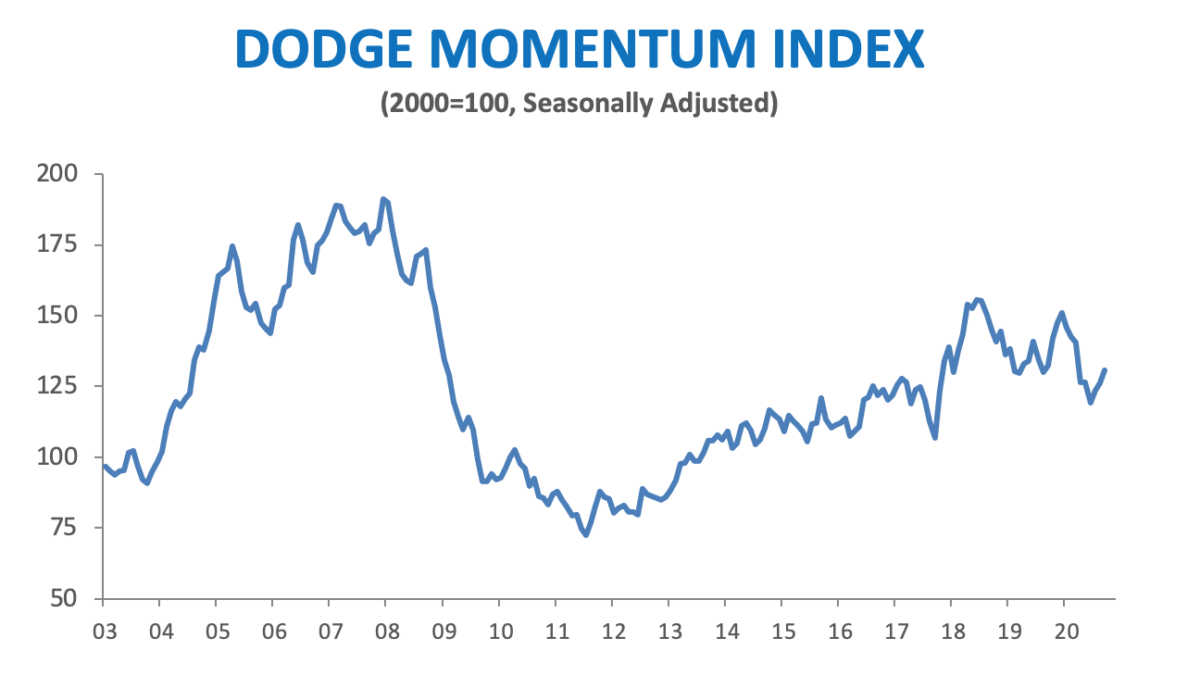 The Dodge Momentum Index rose 3.7% in September to 130.8 (2000=100) from the revised August reading of 126.2. The Momentum Index, issued by Dodge Data & Analytics, is a monthly measure of the first (or initial) report for nonresidential building projects in planning, which have been shown to lead construction spending for nonresidential buildings by a full year. Both components of the Momentum Index rose during the month. The commercial component rose 3.9% while the institutional component moved 3.2% higher.

The Momentum Index has made steady, albeit slow, progress since hitting a nadir in June. In the third quarter, the Momentum Index gained 2.2% over the previous three months. The commercial side of the Momentum Index gained 7.4% in the third quarter led by a large number of warehouse projects entering planning as e-commerce retailers such as Amazon Inc. continue to push projects forward. Somewhat surprising is that office projects entering planning also posted a tepid gain despite concerns that office work is shifting to remote settings. The institutional component, however, lost ground in the third quarter; dropping 6.8%. Education projects have borne the brunt of this drop as state and local government revenues declined, creating the need for budget cuts across the country.

In September, seven projects each with a value of $100 million or more entered planning. The leading commercial projects were a $120 million office project in San Jose, California, and a $110 million Georgia-Pacific distribution facility in De Pere, Illinois. The leading institutional projects were the $275 million EV Smith Research Center at Auburn University in Auburn, Alabama, and a $250 million arena in Palm Desert, California.