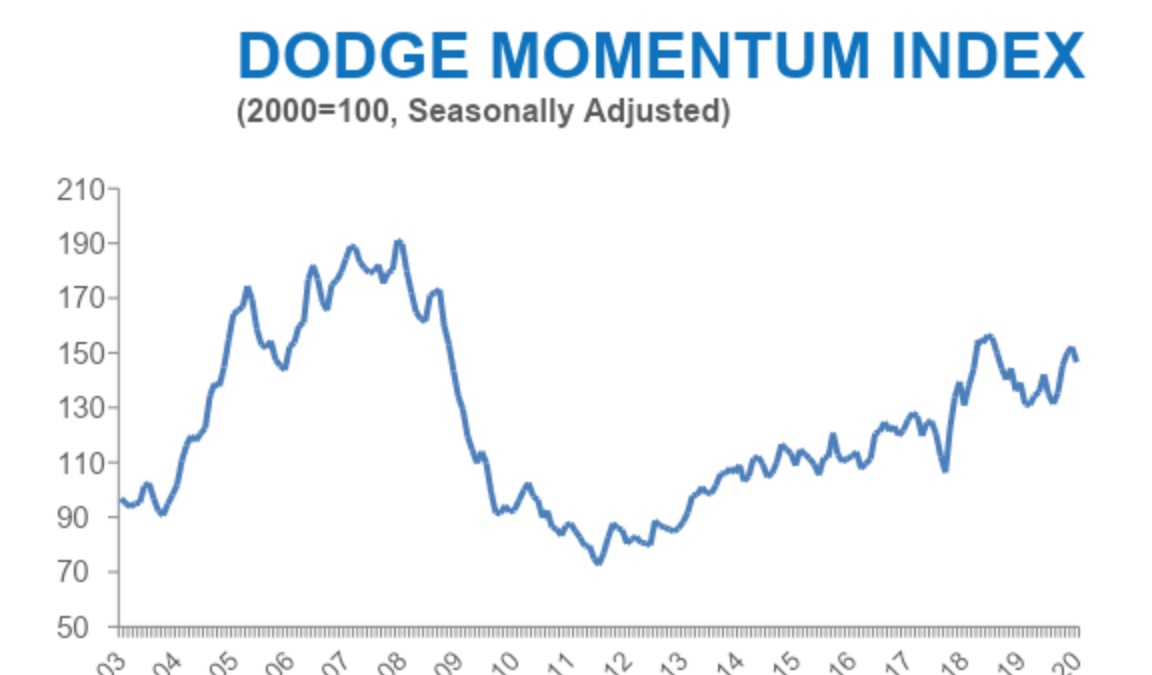 The Dodge Momentum Index moved 3.4% higher in July to 124.7 (2000=1000) from the revised June reading of 120.5. The Momentum Index, issued by Dodge Data & Analytics, is a monthly measure of the first (or initial) report for nonresidential building projects in planning, which have been shown to lead construction spending for nonresidential buildings by a full year. During the month, the commercial component increased 5.3% while the institutional component was unchanged.

This month’s increase in the Dodge Momentum Index was the first in all of 2020. Since December 2019, the Momentum Index has lost 18% with most of the decline coming in April when the COVID-19 pandemic led to numerous business shutdowns across the country. The pullback has largely come from institutional planning, rather than commercial plans. State and local government revenues have been squeezed as declines in economic activity have led to a drop in tax revenue just as costs related to the pandemic have skyrocketed. The institutional component is currently 28% below its December 2019 peak and 21% lower than its year ago level. Commercial planning is down 13% from its January 2020 peak, but is actually 1% higher than its year-ago level.

In July, 13 projects each with a value of $100 million or more entered planning. The leading commercial projects were the first two phases of the Centene Healthcare headquarters in Charlotte, North Carolina, with each phase valued at $500 million. The leading institutional projects were the $320 million Dignity Health Hospital in Elk Grove, California, and the $155 million first phase of the West Henderson Hospital in Henderson, Nevada.