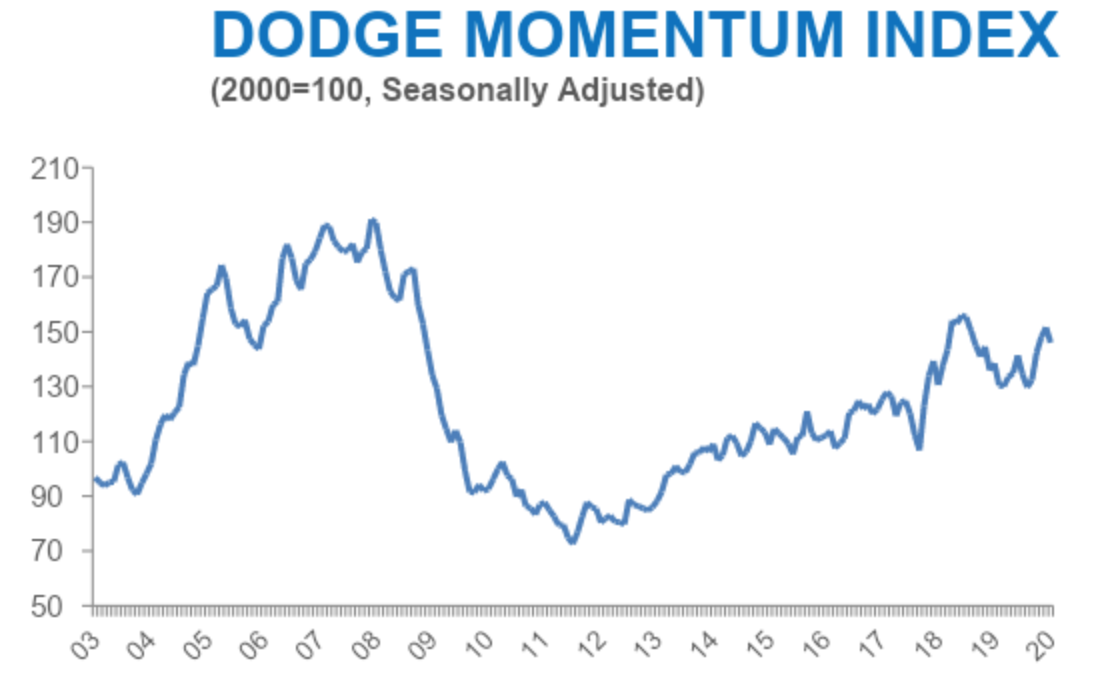 The Dodge Momentum Index increased 1.8% in August to 126.5 (2000=1000) from the revised July reading of 124.2. The Momentum Index, issued by Dodge Data & Analytics, is a monthly measure of the first (or initial) report for nonresidential building projects in planning, which have been shown to lead construction spending for nonresidential buildings by a full year. In August, the commercial component rose 3.3%, while the institutional component moved 1.2% lower.

The August increase in the overall Momentum Index is the second consecutive rise and a further sign that the construction sector continues to post a modest recovery following the large declines in April and June. This recovery, though, is uneven. The commercial component has risen 9% from its June low and is just 13% below its 2018 peak fueled by increased planning activity for warehouse and office projects. The institutional component, however, has declined for five consecutive months and has yet to hit bottom. The institutional component is now 34% below its recent peak. The public side of the building market is suffering as state and local government revenues have declined, creating budget cuts across the country. This has led to a significant pullback in education projects entering planning, placing substantial downward pressure on the institutional component of the Momentum Index.

In August, 11 projects each with a value of $100 million or more entered planning. The leading commercial projects were a $262 million UPS distribution facility in Mebane, North Carolina, and a $200 million Amazon distribution center (Project Star) in San Antonio, Texas. The leading institutional projects were the $150 million BayCare South Florida Baptist Hospital in Plant City, Florida, and the $125 million second phase of the Veterans Memorial Arena in Binghamton, New York.