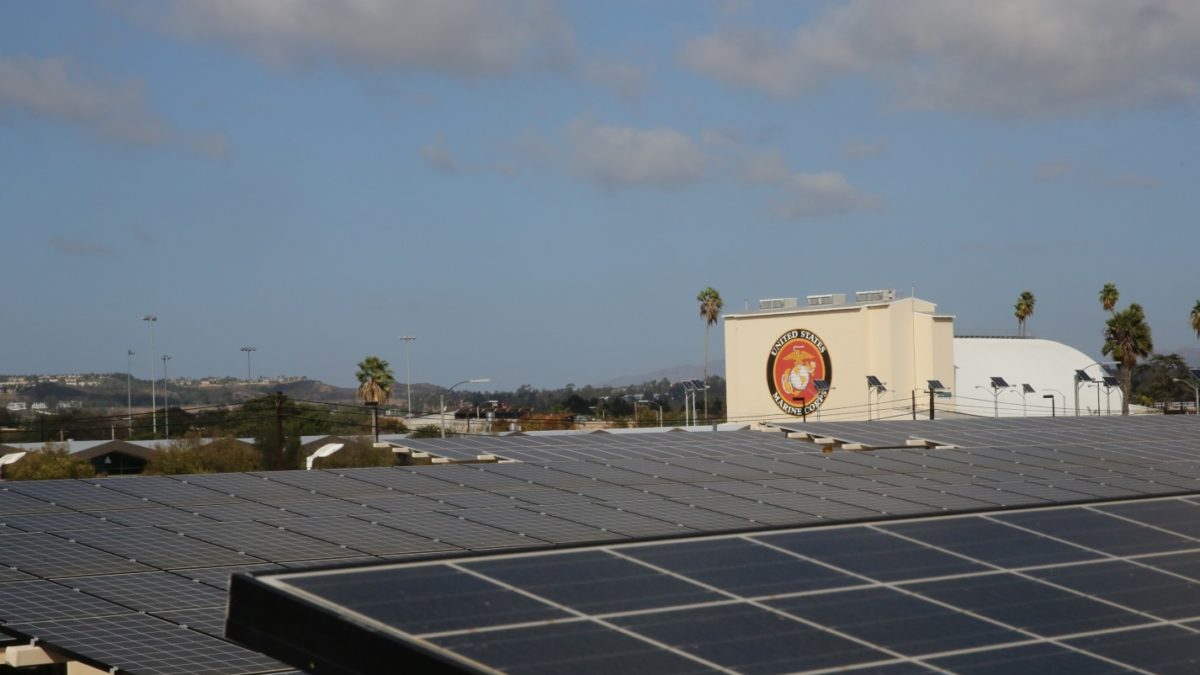 Solar panels provide clean and renewable energy for Marine Corps Air Station Miramar, Calif., as part of a Corps-wide initiative to decrease reliance on the electric grid. In recognition of October being National Energy Action Month, MCAS Miramar is promoted energy conservation and informed station residents of what they can do to help. (U.S. Marine Corps photo by Lance Cpl. Jake McClung/Released) 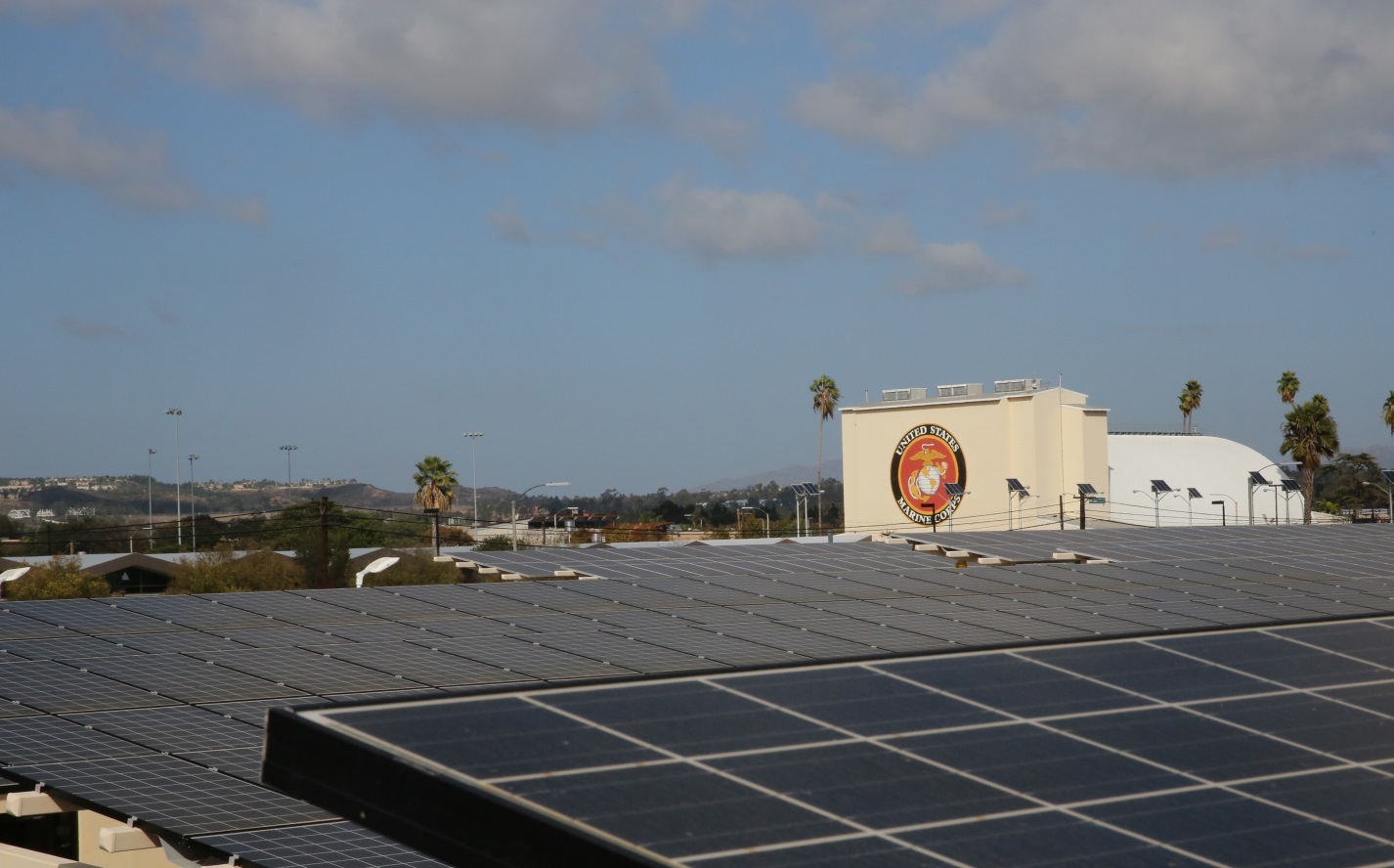 Renewable sources of energy now account for 54 percent of the total energy consumed on Marine Corps Air Station Miramar, Calif. Its efforts for energy conservation are part of the reason it has been selected as for the Commander in Chief’s Annual Award for Installation Excellence. (U.S. Marine Corps photo by Lance Cpl. Jake McClung/Released)

The Commander in Chief’s Annual Award for Installation Excellence recognizes the outstanding and innovative efforts of the people who operate and maintain U.S. military installations. The five recipients of this highly competitive presidential award were selected for their exemplary support of Department of Defense missions.

Secretary of Defense James N. Mattis announced in May the 2018 recipients of the Commander in Chief’s Annual Award for Installation Excellence:

Excellent installations enable better mission performance and enhance the working and living conditions for military men and women, DOD civilians and their families. Each of the winning installations succeeded at being the best in achieving excellence in performing installation management within their Military Service and the Defense Logistics Agency.

Each winning installation will receive a commemorative Commander in Chief’s Award trophy and flag and a congratulatory letter from the President.