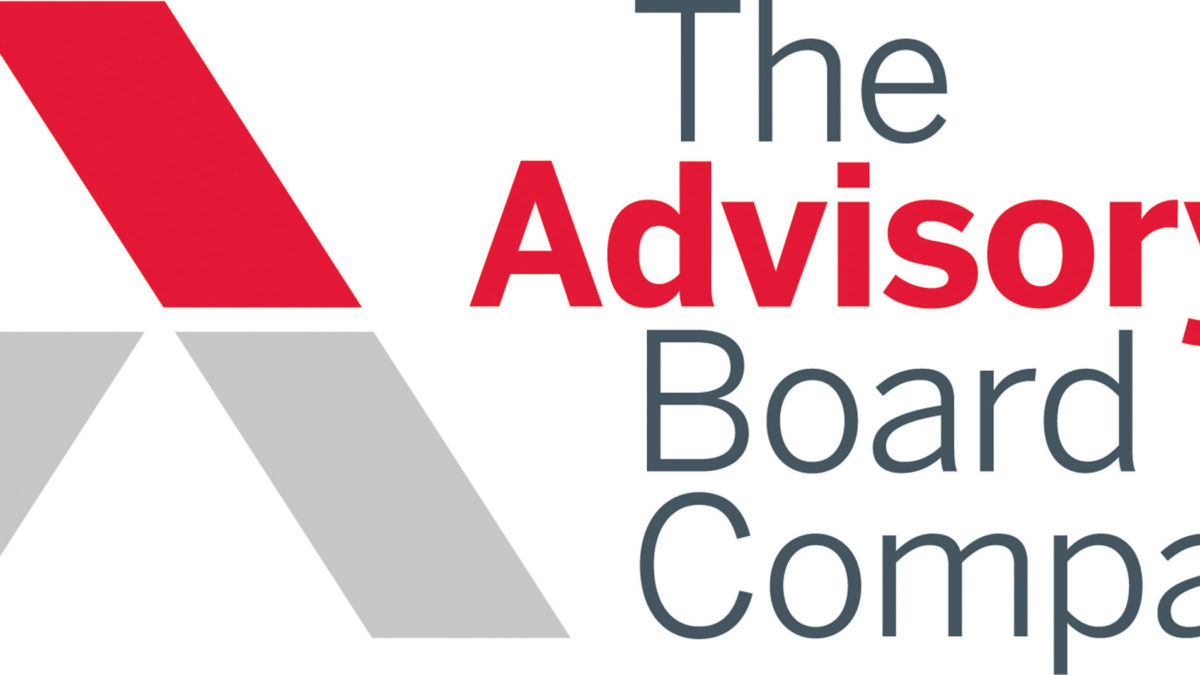 New survey data announced by The Advisory Board Company highlight how hospitals and health systems have made headway in establishing antibiotic stewardship programs (ASPs) despite resource limitations and a lack of frontline physician involvement.  Within the past five years, 70 percent of respondents added an ASP – and 35 percent started programs within the past two years.

Hospitals with fewer than 300 beds, while still less likely to have ASPs, are also adding programs at a substantial pace.  Among these smaller institutions, 80 percent added an ASP within the past five years – and 45 percent started programs within the past two years.

ASPs are coordinated programs through which hospitals work to reduce inappropriate antibiotic use.  The Centers for Disease Control and Prevention (CDC) recommends that hospitals implement ASPs to combat the growing problem of antibiotic-resistant bacteria, which infect an estimated two million people each year.  Yet resource limitations – including staff and technology shortages – can hamper ASP implementation, especially at smaller facilities.

“Hospitals seem to be doing the best they can with the resources they have,” said Sarah O’Hara, Senior Consultant, Research and Insights at The Advisory Board Company.  “While there are many interventions that hospitals can use to curb improper antibiotic use, there is no one-size-fits-all model.  And the uptick in stewardship shows that hospitals are starting to recognize the need to combat bacterial resistance and deploying efforts that fit their different resources levels, cultures, and clinical needs.”

In addition, many hospitals that report having launched ASPs still face resource limitations that hamper a comprehensive approach to stewardship, especially among smaller institutions.  For example, respondents cited a lack of:

Many hospitals also seem hesitant to involve frontline providers in stewardship.  While many are working on clinical guidelines, only a minority of hospitals are asking providers to take “time-outs” to review antibiotics post-prescription, creating protocols for antimicrobial documentation, or providing one-on-one feedback to providers about their prescribing decisions.

Of the institutions that have formal ASPs, nearly two thirds (65 percent) do not require prescribing providers or treatment teams to formally review the prescription after diagnostic information becomes available.  Rather, hospitals seem to defer to experts outside the treating team – such as pharmacists – to review antibiotic appropriateness and provide recommendations to the prescriber, with 68 percent reporting they use this strategy.

Additionally, more than 60 percent of respondents do not record antibiotic utilization by provider, which could provide for more targeted education and training.

“The reluctance to involve frontline physicians may be less about resource limitations than about hospital culture and concerns about asking too much of providers,” O’Hara said.  “But it also means that hospitals are missing an opportunity because the best way to improve antibiotic stewardship is to strengthen prescribing patterns from the beginning, rather than catching problems after the fact.”

Eve Humphreys, MBA, CAE, Executive Director at the Society for Healthcare Epidemiology of America saw signs of both progress and challenges in the survey data.  “While it is promising that many institutions are establishing antibiotic stewardship programs, we need health care professionals to make these efforts a priority to ensure interventions are effective.  Antibiotic resistance is a public health issue that requires involvement and coordinated action by all health care workers to improve care and save lives.  The survey highlights evidence-based strategies many institutions are using to curb antibiotic overuse and misuse and the barriers they must overcome to continue to stem inappropriate use and fight antibiotic resistance on the frontlines of health care.”

The Advisory Board Company announced the survey results at its technology summit, Amplify™.  At the October 28 and 29 event, more than 1,000 hospital and health system administrators are exploring how technology is driving advances in health care in such areas as consumer engagement, population health, interoperability, and payment transformation.