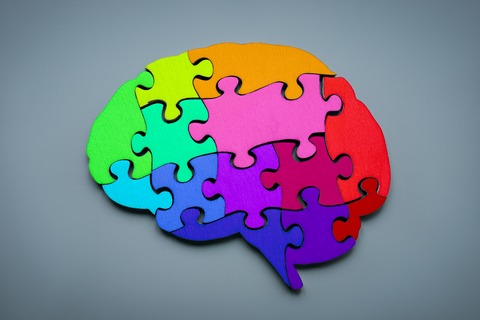 I’ve been hearing a lot lately about designing for neurodiversity. And I’m wondering how it can be applied to healthcare environments.

I’m also wondering if designing for neurodiversity is something that many healthcare organizations care about.

Basically, neurodiversity is the idea that people experience and interact with the world around them in different ways. According to medical experts, it’s often used in the context of autism spectrum disorder (ASD), as well as other neurological or developmental conditions such as ADHD or learning disabilities.

But neurodiversity can also include mental conditions, such as depression or dementia.

And I would argue that those of us who don’t have any of those conditions are also neurodiverse. Because no two people experience and interact with the world in the same way.

What does it mean to design for neurodiversity in healthcare environments?

In an interview recently published in Healthcare Design, Karen Freeman, Principal and Healthcare Practice Leader at HOK, cited it as a new trend that is about “developing spaces that engage but don’t overwhelm, that encourage rapport and connection, and that facilitate the most positive patient experience possible for a population who may have felt their perspective in the healthcare space wasn’t important…”

Which is all good.

Who is thinking about this?

That doesn’t mean they shouldn’t be — not only for patients, but also for clinical and administrative staff. Because designing for neurodiversity in the workplace is also kind of a new thing.

Megan Mazzocco, co-host of the weekly “Architects as Healers, Buildings as Medicine” discussion in the Architecting group on Clubhouse, said this week that she thought designing for neurodiversity would be an asset for companies’ ability to innovate.

The experts at HOK agree. In “Designing a Neurodiverse Workplace,” a report published in 2019, they wrote: “In addition to just being the right thing to do, some progressive employers are beginning to recognize that accommodating the different wiring of neurodiverse people can provide a huge competitive advantage.”

For healthcare organizations, the competitive advantage of a neurodiverse workplace may be the ability to attract and retain staff. Expand it into spaces occupied by patients and families, and it may also influence their choice of healthcare provider.

HOK’s excellent report includes some very specific design strategies and advice for designing for neurodiversity in the workplace — many of which can be applied to the healthcare workplace, as well as spaces occupied by patients and families. Although it was written before Covid-19 hit, the information still seems to be very relevant now — maybe even more so.

I don’t know about you, but I want more discussion and information about designing for neurodiversity in healthcare environments. What are your thoughts about it? Email me.