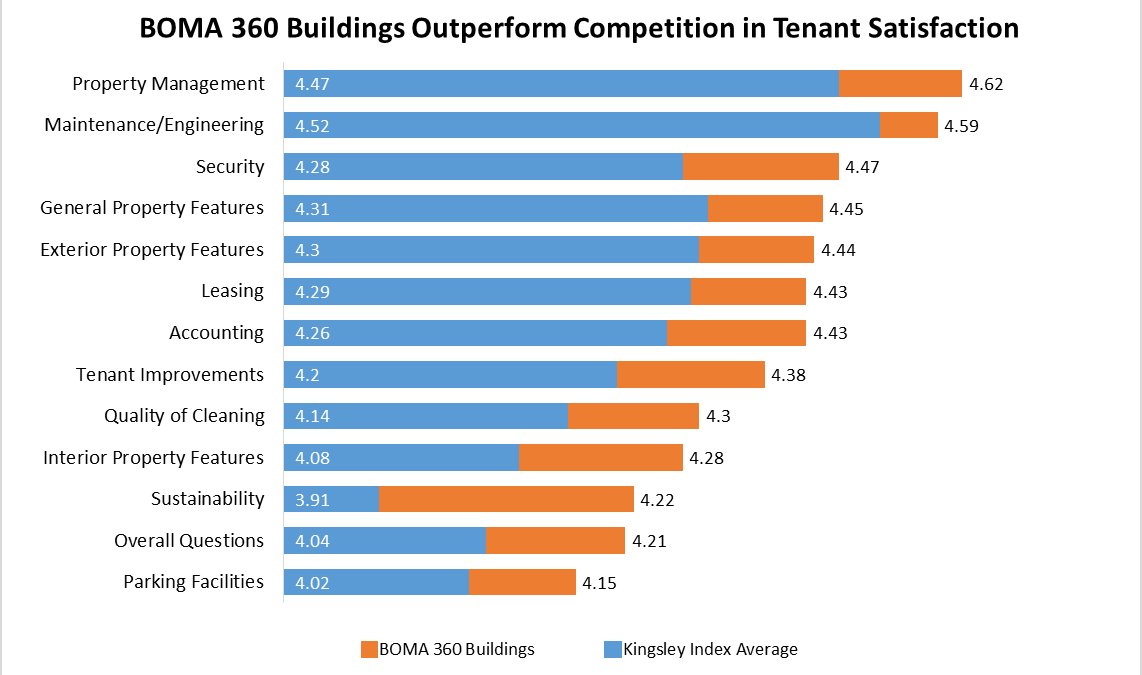 BOMA 360 is a commercial real estate designation developed by the Building Owners and Managers Association (BOMA) International that recognizes all-around excellence in building operations and management. The program benchmarks building performance in six key areas: operations and management; security and safety; training and education; energy; environment and sustainability; and tenant relations. Since the program’s inception in 2009, more than half a billion square feet of commercial space has been designated.

These findings are based on an analysis of more than 4,400 tenants in nearly 240 BOMA 360 buildings compared to the Kingsley Index℠, the largest and most comprehensive performance-benchmarking database for tenant satisfaction. For more information about the BOMA 360 Performance Program, please visit the BOMA 360 webpage.