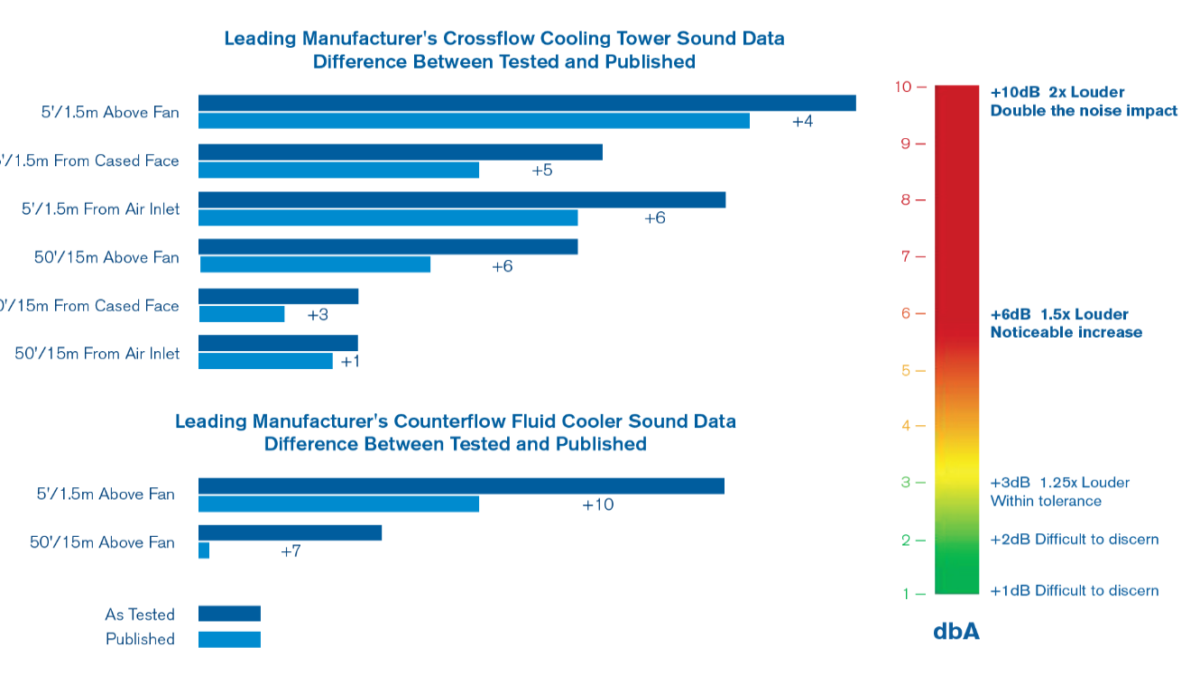 Noise pollution is a growing concern for communities around the world. With expanding urban and industrial development, commercial buildings and process facilities are faced with increasing and strictly enforced noise ordinances. These noise directives are especially stringent in many European and Middle Eastern locations, as there is generally less land area away from densely populated areas for cooling towers to operate. In the United States, the National Park Service (NPS) has mapped out noise-polluted areas to demonstrate impacts by human influence, generally higher in urban areas and the densely populated East Coast.

Cooling towers – a part of large-scale HVAC or process cooling systems – are often located near medical centers, universities, hotels, high-rise residential complexes, industrial facilities and power plants. Noise generated by towers can be a public nuisance, so directives exist to keep the sound levels of these towers and other equipment in check. 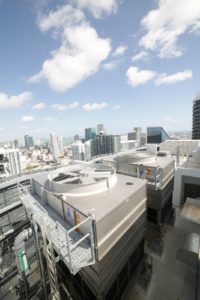 Noise generated by towers in large-scale HVAC projects and industrial facilities can be a public nuisance, so directives exist to keep the sound levels of these towers and other equipment in check.

When developing cooling systems, manufacturers must be knowledgeable about regulations and permissible sound levels; however, defining the actual noise or sound level of a cooling tower can be challenging. It is difficult to verify whether a measured level is accurate once the cooling tower is installed in the field, because there is no single, governing sound test criterion practiced across the cooling tower industry. Given these issues, SPX Cooling Technologies Inc., a global cooling tower manufacturer, depends on the Cooling Technology Institute (CTI) for third-party sound guidance. Recognizing the international CTI Test Method ATC-128 and following its methodology for sound testing is one way to address the challenging landscape of noise regulations worldwide.

Important Considerations for Sound Level Verification
Sound is defined as a disturbance through a physical substance, perceived by the listener as a pressure wave superimposed on the ambient air pressure. Sound in the cooling tower industry is determined, or specified, in two ways. One is by sound pressure level. The sound pressure level is the sound level as it is perceived by our ears from a given distance. This level is expressed in decibels (dB), and varies with distance from the sound source. The amount by which the sound pressure varies by distance is influenced by a number of factors. In the near field (close to the source), the variation with distance does not track closely to theoretical calculations and typically requires analysis based on testing. Far field distance reductions are more likely to trend with theoretical calculation; however, they are more subject to environmental and atmospheric influences.

Sound power level is the rate of sound energy generated by a source, such as a cooling tower. This level is also expressed in dB, but does not vary with distance from the sound source. Sound power cannot be measured directly. It is determined based on the theory of propagation from a source through a hypothetical surface where sound pressure measurements are taken. The quantity and location of sound pressure measurements are defined by a testing standard.

Both sound level values are used by regulatory bodies and by purchasers concerned with noise pollution. Neither value is considered the standard and either could be specified or guaranteed. Each method has pros and cons.

Sound Pressure Level (away from the source):
+ Considers how the sound produced by a tower might be experienced by the surrounding population.
+ Can be measured directly with specific locations and operating conditions agreed upon between the purchaser and manufacturer.
– Can make verifying tower sound level more difficult due to other noise sources, particularly for far field measurements.

Sound Power Level (at the source):
+ Is useful to sound consultants in comprehensive models that encompass many pieces of equipment.
+ May minimize background influences if measurements are taken in the near field, depending on the testing standard used and test environment.
– Fails to consider how the calculated sound level is experienced by the surrounding population.
– Produces calculated sound values that can vary between testing standards.
– Complicates calculation of sound power because the required geometric array of sound pressure measurements can be burdensome to execute.

In Europe, sound power level is the more popular metric for regulating noise levels, but is not widely standardized. There are multiple global standards – ISO, DIN, EN, along with other regional codes – that apply different techniques and yield many different sound power values. It is complicated to find one universally accepted code or standard. 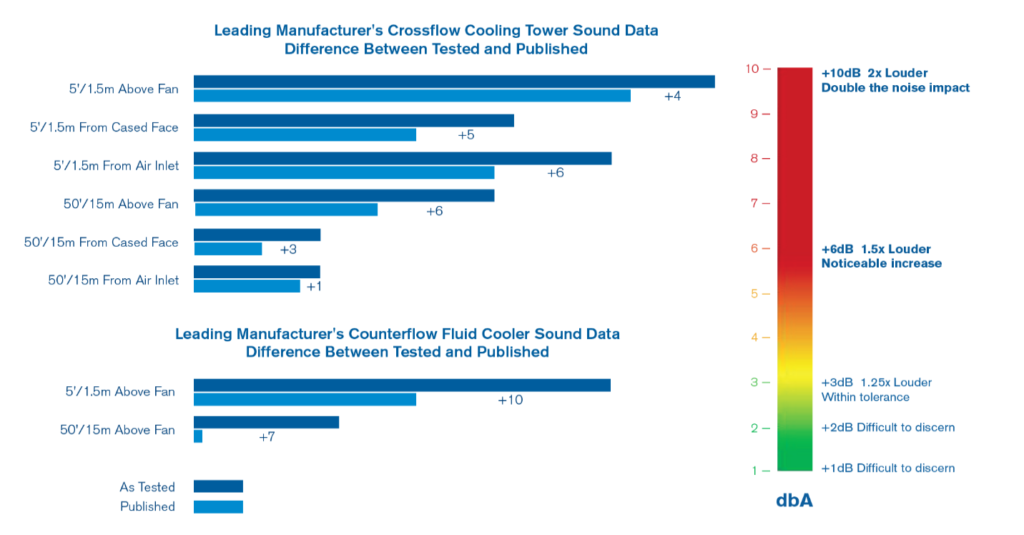 For example, when sound pressure testing a cooling tower, readings taken from the quietest face of the tower or at nighttime when fans are running at reduced speed, can provide misleading measurements produced to comply with noise level regulations. Similar practices can occur with sound power levels. Measuring the sound power level of only one cell of a multi-cell tower, or ignoring the sound produced by falling water within the tower provides inaccurate information.

Cooling tower sound issues can be resolved by adopting a universally accepted standard that is regulated and administered by an independent third party, such as the Cooling Technology Institute (CTI), a trusted global resource. CTI is an independent organization whose mission is to advocate and promote, for the benefit of the public, the use of all environmentally responsible cooling technologies, such as wet cooling towers, air-cooled condensers, dry coolers, indirect cooling and hybrid systems. CTI provides ongoing education, guidelines, research and verification programs to continuously improve these technologies.

Regarding codes, standards, guidelines, and other verification methods, CTI has adopted a sound test code titled ATC-128. This document summarizes the current state of knowledge regarding the measurement of sound from cooling towers. ATC-128 provides guidelines for instrumentation, measurement and evaluation (calculation and presentation) of sound levels – including sound pressure and sound power levels – and is intended to aid cooling tower users.

ATC-128 covers all parts of the sound level testing process, ranging from determining the testing instrumentation to be used, the measurement and test layout, the proper calculation, presentation of data and more. If cooling tower manufacturers used CTI-licensed, third-party agencies to test their cooling towers and calculate comprehensive sound levels according to CTI’s ATC-128 test code, then misleading sound level data would become the exception.

SPX consistently tests its towers in accordance with ATC-128. SPX has taken sound testing one step further by using third-party testing to verify test data for its most popular factory-assembled cooling towers, including the Marley NC and MD Series Towers. These towers meet sound levels as published because they are independently verified by a CTI-licensed test agent and acoustical engineer.