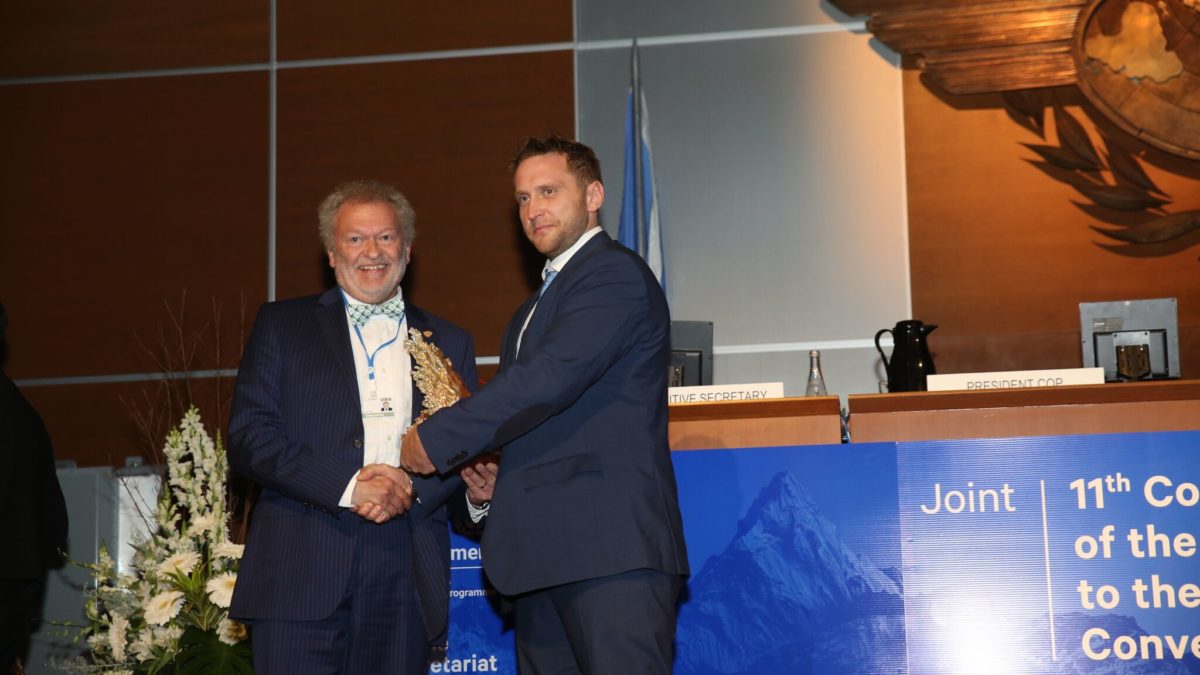 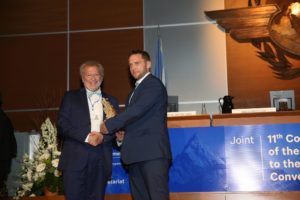 ASHRAE has received the Partnership Award from the United Nations Environment Programme’s (UN Environment) Ozone Secretariat for its extraordinary commitment and contribution to the progress and achievements of the Montreal Protocol on Substances that Deplete the Ozone Layer, which is celebrating its 30th anniversary.

The award was presented to ASHRAE at the 2017 Ozone Awards ceremony on Nov. 23 in Montreal. The Partnership Award recognizes the work of civil society and other international organizations that have played a critical role in the development of the Kigali Amendment and/or implementation of the Montreal Protocol.

“We could not be more pleased to have earned this recognition. Receiving the Partnership Award is a great honor and acknowledgment of the tireless work ASHRAE and our members are doing to support the phase-out activities of ozone-depleting substances around the world,” said 2017-2018 ASHRAE President Bjarne W. Olesen, Ph.D. “We are proud to be a part of this initiative and look forward to continuing our partnership with UN Environment as we work toward a more sustainable built environment.”

Commonly referred to as “the treaty that saved the ozone layer,” the Montreal Protocol, signed in 1987, is an international agreement designed to substantially reduce emissions of substances that deplete the stratospheric ozone layer. The Protocol has led to the phase-out of more than 99 percent of nearly 100 ozone-depleting chemicals and significantly contributed to climate change mitigation, according to UN Environment.

“I congratulate ASHRAE for this well-deserved award honoring its exceptional efforts to support the advancement of technologies which help protect the ozone layer. We appreciate the organization’s dedication to the Montreal Protocol and its contribution to the success of the treaty,” said Tina Birmpili, head of the Ozone Secretariat.

ASHRAE’s partnership with UN Environment has been highly transparent and visible since it began and has been recognized with appreciation by governments around the world as well as the HVAC&R industry. Through ASHRAE’s more than 56,000 members in more than 100 countries, the Society has mobilized its resources to develop, implement and support UN Environment and Montreal Protocol projects.

Most recently, ASHRAE and UN Environment launched a work plan titled, “Working Beyond High Global Warning Potential (GWP) Refrigerants.” It is the organizations’ fifth joint biennial work plan and is another tangible example of ASHRAE’s dedication to promote the Montreal Protocol by leading the way in research to identify effective refrigerant alternatives with low GWP.

Another way ASHRAE is leading this charge is through its collaboration with the Air-Conditioning, Heating, and Refrigeration Institute (AHRI) and the U.S. Department of Energy (DOE). Through a $5.2 million joint investment, the three organizations are funding vital research to expedite findings and establish a more robust fact base about the properties and use of flammable refrigerants, which will also help update international standards.