Are Bird scooters flying high or laying an egg at your university? 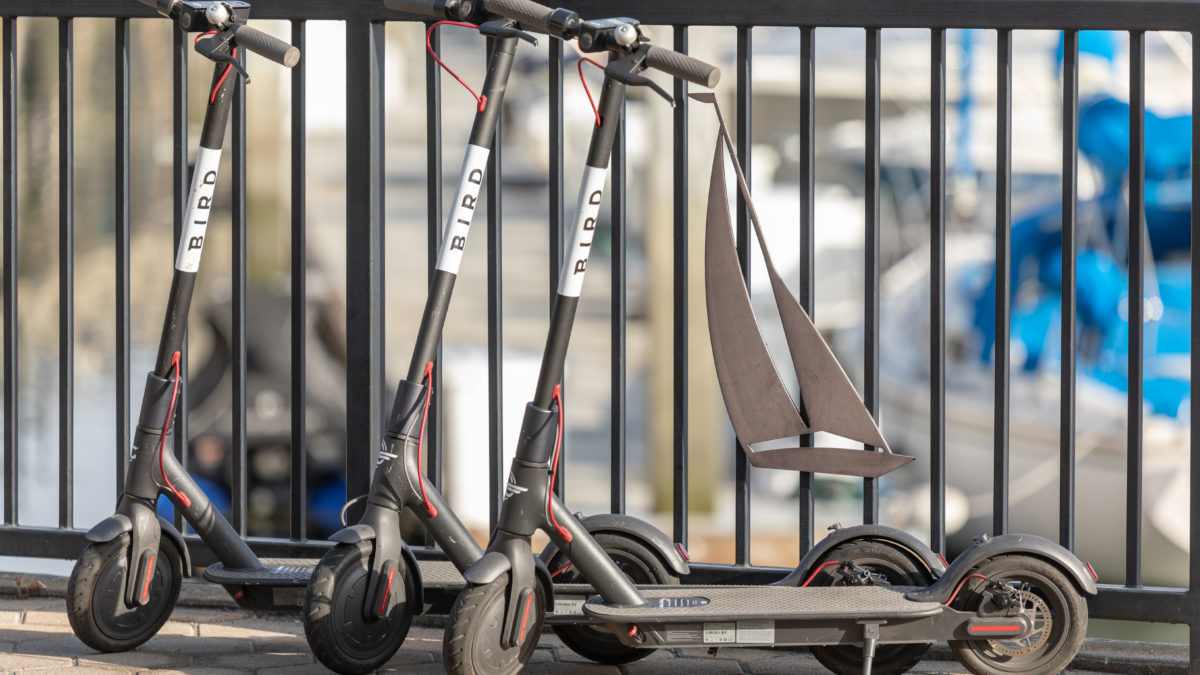 Electric Bird scooters have landed en masse at college campuses around the country, and are being banned or partially banned by many towns and colleges due to safety concerns and licensing issues.

The service allows users to find an available scooter with a mobile app, unlock it, hop on and travel to their destination, then re-lock it and leave it for the next rider. The scooters cost $1 to unlock and about $0.15 to ride per minute. Other electric scooter companies include Lime and Spin.

“The next battleground for scooter companies may be colleges and universities. Take Venice, California–based Bird, which recently launched a “University Pop-Up Tour” with the aim to introduce students and faculty to the scooters. The tour could reach up to 150 universities, and planned stops include Arkansas Tech University, the University of North Carolina at Chapel Hill, and the University of Missouri.”

“Trouble with the scooters on campus started before the pop-up tour. At the University of California–Los Angeles, campus police have begun cracking down on students who violate traffic rules while riding electric scooters on campus. Farther north at the University of California–Berkeley, Dave Sorrell, manager of the school’s Alternative Transportation Program, told Berkeleyside that Skip electric scooters had showed up on campus without university permission. They were removed after the university contacted the company.”

The University of Georgia’s student newspaper The Red and Black reports that after just five days in use on the campus, the University partially banned the scooters saying they could only be used on roads. The company has responded in turn by asking users to lobby the university.

The University of Georgia shot and shared the video above showing all the unsafe behavior on the scooters.

From The Red and Black: 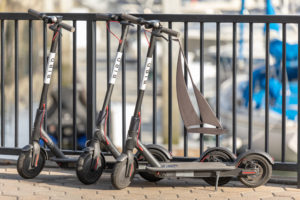 “In accordance with UGA’s rules and regulations, Bird scooters cannot be parked or set down on campus, including parking lots, bike racks, sidewalks and landscaped areas,” said UGA Executive Director for Media Communications Greg Trevor in an email on Aug. 20.

The city of Auburn, Alabama, where Auburn University is located, has also been invaded this fall and has issued a cease operation order against the company until the company obtains proper licensing.

In Ann Arbor, Michigan, home of the University of Michigan, residents have been warned via email: . “Residents should be aware that operating or leaving these scooters on City sidewalks or leaving them in City streets is prohibited and subjects violators to citation by the City, penalties, and City removal of any left scooters.”

Some campuses are embracing the scooter fad through formal partnerships with scooter companies. The University of Minnesota, for example, is gearing up to launch a pilot program with Bird and Lime that could start this month.

According to a CNN story from July the Bird Rides company was valued then at $2 billion after a recent $300 million funding round. Bird, a Los Angeles-based company, launched its first scooter pilot program in California in September 2017.