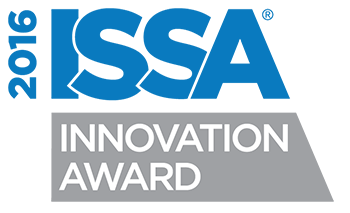 Individuals representing distributors, wholesalers and facility service providers throughout the industry reviewed what was cutting-edge in clean and placed their votes at www.issa.com/vote between Aug. 1 and Oct. 21 to determine the online category winners.

Below is a listing of this year’s ISSA Innovation Award Program winners.

2016 ISSA Innovation of the Year Award
Autonomy by Brain Corp.