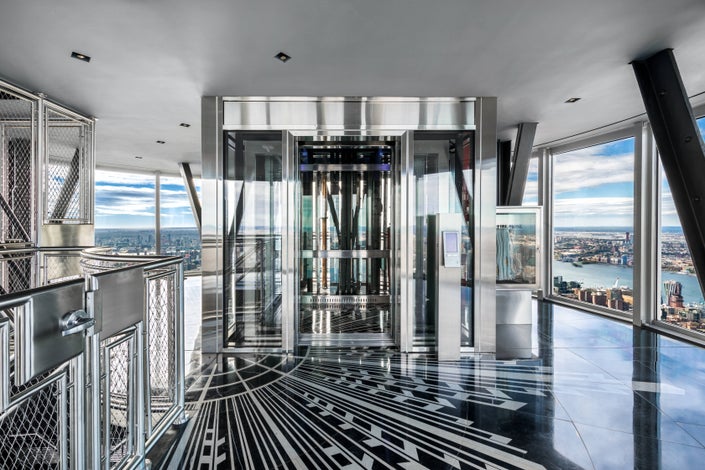 The Empire State Building Observatory (ESBO) atop “The World’s Most Famous Building” announced in November the completion of the redevelopment of its 80th floor. The final component of the four-year, $165 million project to reimagine the ESBO adds engaging and informative exhibits to orient visitors on their visit to New York City and showcases the building’s unique place at the center of it all.

New on the 80th floor is an exclusive, interactive partnership with NYC & Company, the official marketing, tourism and partnership bureau for New York City, with five interactive video blades which allow visitors to use NYC & Company’s expertise to design itineraries for their visit using a massive inventory of destinations in all five boroughs. The itineraries automatically download to a visitor’s phone with the use of a QR Code reader or can be sent via e-mail. Designed in response to research that showed ESBO is many visitors’ first destination, this service is a boon to all tourists and New York City residents.

To celebrate the unveiling, the Empire State Building is also announces the premiere of a video starring Tony, Grammy, Emmy, and Pulitzer Prize-winning composer, lyricist, and actor Lin-Manuel Miranda. Set to his love-letter to New York, Cheering for Me Now – an original track from his Hamildrop series with music by composer John Kander (Cabaret, Chicago) and lyrics by Miranda, the video will feature a music-to-light show designed by world-renowned lighting artist Marc Brickman and footage of Miranda exploring the all-new Observatory Experience. A portion of the video premiered on Nov. 27, on CBS This Morning‘s live broadcast and is post on the Empire State Building’s YouTube Channel and Facebook page.

“What began with the new Observatory entrance opening in August 2018 is now as we intended – a fully educational and immersive journey which connects visitors from around the world to their emotional connections to the World’s Most Famous Building and helps them design their entire visit to New York City from the center of it all. The completed Empire State Building Observatory elevates our Guests’ experience, from our new entrance to the dramatic and exciting new 102nd floor,” said Anthony E. Malkin, chairman and CEO of Empire State Realty Trust. “At 88 years young, the Empire State Building remains the icon of innovation, aspirations, and dreams, and is the vibrant ancestor of all tall buildings around the world.”

Thinc Design led the cross-disciplinary, best-in-class team from the arts and architecture, travel, technology, engineering, and entertainment industries that conceived, curated, designed, and built the project.