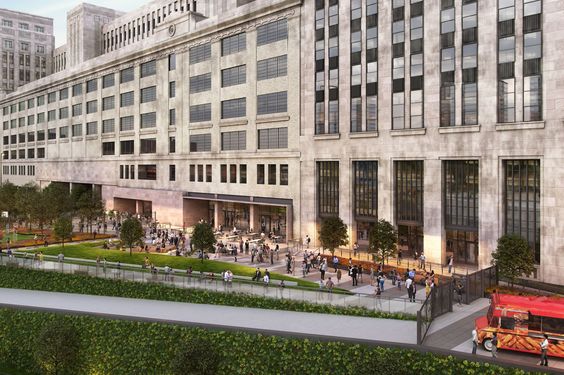 “Today, the historic Post Office takes a major step towards its future and a brighter future for the city of Chicago,” Mayor Emanuel said. “After sitting empty and unused for decades, this iconic building is being renovated and revitalized as an economic engine that impacts neighborhoods across the city.”

The work is part of a more than $600 million rehabilitation project by 601W that will comprehensively repair and update the remainder of the complex, including all interiors and exterior spaces, building systems, windows, elevators, and common areas. The work will also include repairs and improvements to existing rights-of-way for the Eisenhower Expressway and Amtrak railroad trains in the lower levels of the building. 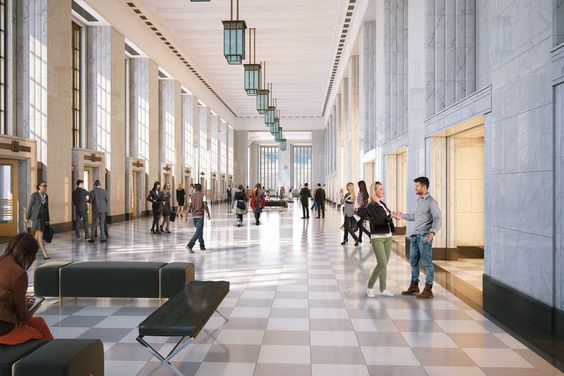 An estimated 15,000 people could work in the building when it is fully leased. The rehabilitation project is projected to generate more than 1,500 construction jobs. The agreement also includes requirements for minority- and women-owned business participation in the work to redevelop the facility.

“The Post Office will once again revolutionize the Chicago business landscape and be a hub for the future of commerce,” said Brian Whiting, President of The Telos Group, which oversees strategic positioning and leasing of the office space. “We fully recognize the historical significance of this building and intend to preserve its legacy and grandeur and elevate it into a modern era.” 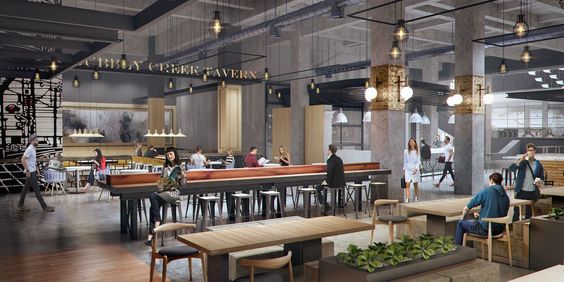 The Post Office, at 433 W. Van Buren St., was designed by Graham, Anderson, Probst & White and built in phases from 1921 to 1932. Listed on the National Register of Historic Places, it has been vacant since the city’s main post office operations relocated more than 20 years ago.

Rehabilitation work started in 2016 after 601W purchased the building from its previous owner through a City-led redevelopment agreement.. Amenities are planned to include a three-acre rooftop park and a grand plaza along a landscaped Riverwalk.

“This historic project will bring thousands of jobs to the area and renew a building that has been neglected for decades,” Ald. Solis said. “This renovated lobby and landmark designation are major steps forward, and I look forward to continuing our progress.”

The building will be considered for a preliminary Landmark recommendation by the Commission on Chicago Landmarks on Oct. 5, 2017 Mayor Emanuel also announced today. Commission staff is expected to cite the building’s role at the nexus of the country’s mail system, along with its architect, architecture, and unique presence in the West Loop in supporting the recommendation.

“The ongoing rehabilitation and landmark designation will ensure this historic gateway to downtown will be a neighborhood asset for years to come,” Department of Planning and Development Commissioner David L. Reifman said.
The proposed designation would protect the building’s exteriors and lobby from significant alteration or demolition. If approved by the Landmarks Commission, the designation could be introduced to City Council later this year.