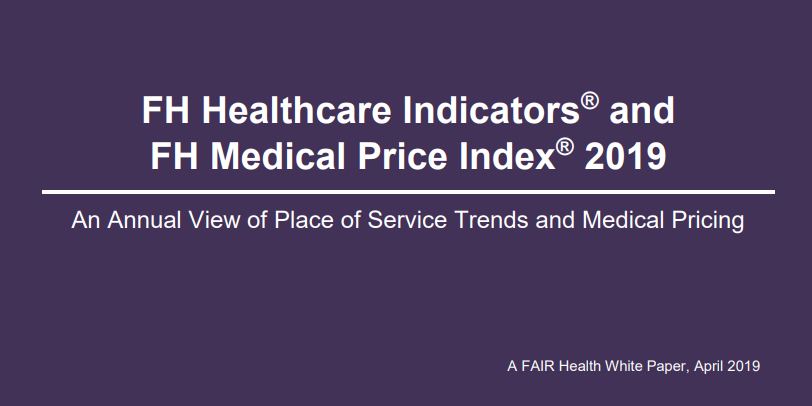 The use of telehealth grew more than urgent care centers, retail clinics, ambulatory surgery centers, and ERs between 2016 to 2017, according to the second annual edition of FH Healthcare Indicators. 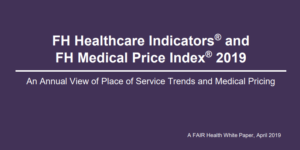 From 2016 to 2017, private insurance claim lines for services rendered via telehealth as a percentage of all medical claim lines grew 53 percent nationally, more than any other venue of care studied for that variable, in the second annual edition of FH Healthcare Indicators.

FAIR Health, a national, independent, nonprofit organization dedicated to bringing transparency to healthcare costs and health insurance information, released this report, along with the second annual edition of the FH Medical Price Index, in a just-published white paper. The white paper combining both reports is based on FAIR Health’s database of over 28 billion privately billed healthcare claim records—the largest such repository in the country.

Like the inaugural release a year ago, this year’s edition of FH Healthcare Indicators and the FH Medical Price Index is intended to assist the full spectrum of healthcare stakeholders by providing clarity in a rapidly changing healthcare environment.

From 2016 to 2017, by comparison with telehealth’s 53 percent growth rate, national usage of urgent care centers increased 14 percent, of retail clinics 7 percent and of ASCs 6 percent, while that of ERs decreased 2 percent.

In 2017, as in 2016, more claim lines were submitted for women than for men in all adult age groups in the places of service in which FAIR Health studied gender-related patterns—retail clinics, urgent care centers, telehealth, ASCs and ERs.

The reports reflect professional fees and related costs; they do not reflect facility fees.

In the first edition, the FH Medical Price Index presented an overview from May 2012 to May 2017. In the new edition, the indices are extended to November 2018. Of the six categories, hospital E&Ms had the greatest percent increase in billed charge amount index for the period November 2017 to November 2018—seven percent. Hospital E&Ms and radiology had the greatest percent increase in allowed amount indices in that period, both seven percent, while the radiology charge amount index grew six percent.